I made these last weekend.

This was pretty faithful to the original recipe, except that the rye flour had to be cut back to 75%, as I ran out of dark rye flour.   Also, it is leavened only by the sourdough; no added yeast.  Detail is shown below.

See photographs of process and finished products below I made a few adjustments to this formula, as I don't have a ready access to the high extraction flour in the formula.   I used a sifted wholemeal flour at 50%, and strong white flour at 50%.   I increased the pre-fermented flour from 20 to 25%.   The hydration I reduced to 72%.   This  reflects the greater white flour element, and my personal preference not to go too wet for this type of loaf.

See all photographs below for process and finished products. Both are gorgeous Andy!  I like the nice open crumb you managed on the miche in particular.  It's very easy to have them just ooze out on the baking stone.

I don't have Pullman pans at home, but your shots may provide the impetus I need to get off my butt and buy a couple.  That's a beautiful loaf!  Tell me, what is the effect on the soaker to the texture/flavor of the bread?

Well it's all going off isn't it?

Thanks for noticing this post Larry.   I thought it had been buried in and amongst what foolishpoolish has deemed to be ancient history.

The rye loaves are wonderfully moist, full of flavour and great for sandwiches.   It's actually a really good way to learn how to judge oven spring perfectly.   You might be able to spot the tiny little lip around the base of the loaf.   Rather than being over-proved, maybe I had just a little bit too much matter in the tin??

The miche; I'm just not into dealing with sloppy dough unless you want to make ciabatta.   Hamelman makes a point about over-hydration.   It is not the panacea, and I like a dough which is properly mixed too.   I know that could make me unpopular in some circles.   I hasten to add that tight dough is not a viable option and will always make poor bread.

Great to hear from you, and best wishes

First off, I think I should refer you back to our conversation about autolyse.

The soaker is what I call a "boil up".   If you add an equal weight of boiling water to dark rye flour and mix it, it will swell immediately and mix a very stiff paste.

A fantastic way to bind in more water.  I guess this also links to our discussion on bagels and gelatinisation.

As to flavour, this is a bit of a new departure for me in the "rye" context.   I have done "boil-ups", and "hot soakers" before, but not with a high % rye.   This was the original process at Village Bakery, but the boil-up had already been taken out of the process by the time I moved there in 1994.

Our rye sourdoughs were based on the premise of the dough being comprised 50% sour dough.   This is the way Andrew Whitley liked to calculate his recipes.   I prefer to use the pre-fermented flour as a base.   In effect there ends up being little difference between the 2....except that we used a wet rye sour [flour 100, water 167] and a ferment time of 18 hours.   We had 12 x 50 kg of sour on the go at any one time: can you imagine how active those rye sour ferments were??

It's great here though...and benfits even more given the 25% strong white flour component.   Our Rossisky was 100% Rye...also in a tin

Thanks Andy!  That certainly makes the contribution of soakers clearer to me.  I'm going to peruse those threads you included. 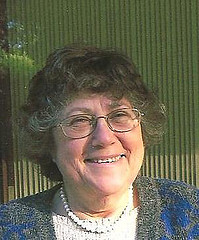 2 questions : is this Rye Hamelman something between the Pain de seigle and the Pumpernickel I baked?

I was out of the line the last 24 hours as my PC collapsed.
I'm back on line and found your link and message. I had already prepare a reply but my text was wiped off before I could do anything ! I will do it again tomorrow I promise.

This hamelman bread look pretty good, and might be mmore to my tast than the Pumpernickel that I found a bit too sweet.

Today I also made Buckwheat crepes which are very good for savoury purpose like, smoked salmon or mushrooms or shrimps and other sea creatures mixed with sour cream or greek feta cheese. Done with water the crepe is light and keep its buckwheat flavour.No need to say that it's healthy.

They certainly take some baking at 2kg that's for sure!   There is no sweetener in the formula, but there is a soaker, and that does bring great flavour to the bread.   It is slightly sweet to counter the sourness of the culture.   Above all it gelatinises the starch to improve water absorption.   78% is easily manageable, but that is high in my world!

I haven't checked your maths, but if you think dividing by 5 gives you the dough size you want, then that will work.   Best not let the dough get too cold if you go down to 700g; heat loss is big at that small size.

I'm used to working with 100% rye paste, so this with 75% rye and 25% strong white seemed quite easy to deal with.   It's plain; no spices or sugars.   All the flavour comes from techniques to do with manipulation of the flour  ie rye sour, and, rye soaker.   And a bit of salt.   That's it!

after a lot of reading through the links proposed by you and others I reached the point that what you English people talk about when you use Rye is not the French pain de seigle but multi variations of pumpernickels, which is very different.

I would like to give a try to your last post "hamelman's bread" sort which seem to be so tasty.But I have more questions about the method, as I don't have the book,and from my reading the links I'm thinking about the numerous hours of standing those Rye bread need before baking.

How long do you leave the soaker to ferment after pouring the boiling water on the flour? is it like Nico said : 12 hours for the SD, 12 hours for the soaker, then mix both together and leave another 12 hours ? and all that of course @ room temperature ? and then after baking waiting few hours before cutting if not 24 hours again? with this timing it will take me almost a week to make and begin to eat a small loaf of 700 gr!!!
A bit like making the Baguettes tradition. What is possible and right for professional purpose is much more complicated at the level of house making.
Bea

btw, how do you stick your icon next to your name? I try to upload a photo through my account/edit got the message saved but nothing happened after that. You helped me with the other photos uploading, can you help me again with that one?

This would be my thought on what you say about Pain de Siegle and Pumpernickel.   I always associate Pumpernickel with having an element of coarse grain in it.   That could be chops, or, cracked grain, or, very coarse meal, or some cooked wholegrains, or a combination of these.   I also think of it as a "black" bread, sweetened with molasses, or, coloured with caramel [not for me].   A Pain de Siegle would be a bread primarily using wheatflour suitable for bread, but the leaven portion coming from a rye sourdough.   I'm sure there are several takes on this, and, I don't lay any sort of claims that my idea is the right one;   I do have a great recipe for this, however, and my students absolutely love making it.   I put a bit of fresh yeast in the final dough to ensure it proves in the alotted time, and they are proved in bannetons and baked on the sole of the oven, set with a peel.   This would be one of the introduction sessions for the students into traditional baking and it never fails to get them really excited.

So the Hamelman formula really is moving over to Pumpernickel in the preparation steps and in the higher proportion of rye flour in the formula, but it does not contain any coarser grain, or black sweetener.

The soaker is an interesting technique, and you should refer to the post with Larry just above this for more detail on that.   The timescale is to mix the soaker, and store covered allowing time to cool to ambient.   Mix this at the same time you prepare the rye sour for the final time [ie last build]   12 hours would be ok, but Hamelman uses a stiffer rye sour than I normally do, so I would recommend 16 hours ideally.   But do these both at the same time.   I realise a lot of time is involved, but there is no more workload than any type of baking; it's just more spread out.   I think that's good, so long as you can evolve a pattern to let you do everything you want around that, and not be a slave to your dough, as it were!

A little story about holding back on cxutting open the finished product.   When I worked at Village Bakery in Cumbria, we made 000s of Rossisky and Borodinsky all-rye loaves.   It was the only bread we made for stock, and not to order.   This was because this bread sat in the wrapping room for 24 hours before being sent out to retail.   This was done deliberately, and we set a 7 day shelf life from the day of production.   That still gave over 4 days to the retailer to sell the product.   And we never ever had a complaint about these loaves not reaching the customer as a fresh loaf of bread!

BTW, they freeze, so why not make double quantity?   1400g would not be too difficult to handle.   You could retard some of the dough for an hour or so in the fridge if you were having trouble on the baking schedule...I know you said you have little oven capacity.

I think that's what's so great about this site: it is a homebaker's place.   But there are some fantastically skilled and knowledgeable people here who have adapted the baking they read about in commercial situations and come up with techniques to replicate these at home.   I mean LindyD's bagels, David Snyder and DonD's work.   I could go on, there are so many.

Lastly, regarding your photo icon: I'm about to reply to your mail, and will put in a suggestion there.

Good to hear from you

Just saw your post today after being away for a week with no access to the outside world. I have always been intrigued about Rye Bread but never had the courage to tackle it. I am one of those who are obsessed about trying to master a formula as much as possible before moving on to the next. When I get to Rye Bread, I will know where to go for tips!

Your Miche looks fabulous. I am also on your side as far as excessive hydration is concerned. Have you ever tried to sift wholemeal flour to achieve a high extraction flour. I have bought 2 sieves of different fineness but have not had the chance to try them. Oh well, one of these days...