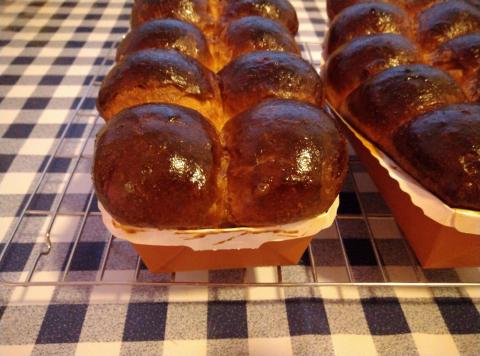 I got a stand mixer recently and the first thing I wanted to try was brioche. There are very detailed instructions in the book, but what's better, he's actually made a video on mixing it (I liked the series a lot and I wish they'd make more episodes):

Mixing that does take quite long in a Kitchenaid and I wasn't able to get to full window pane and I noticed later they mix it pretty much to full gluten development before adding butter, which probably shortens the procedure a bit. The dough did come together after a few folds though. After that it was easy. The cold dough wasn't sticky (or greasy) at all: 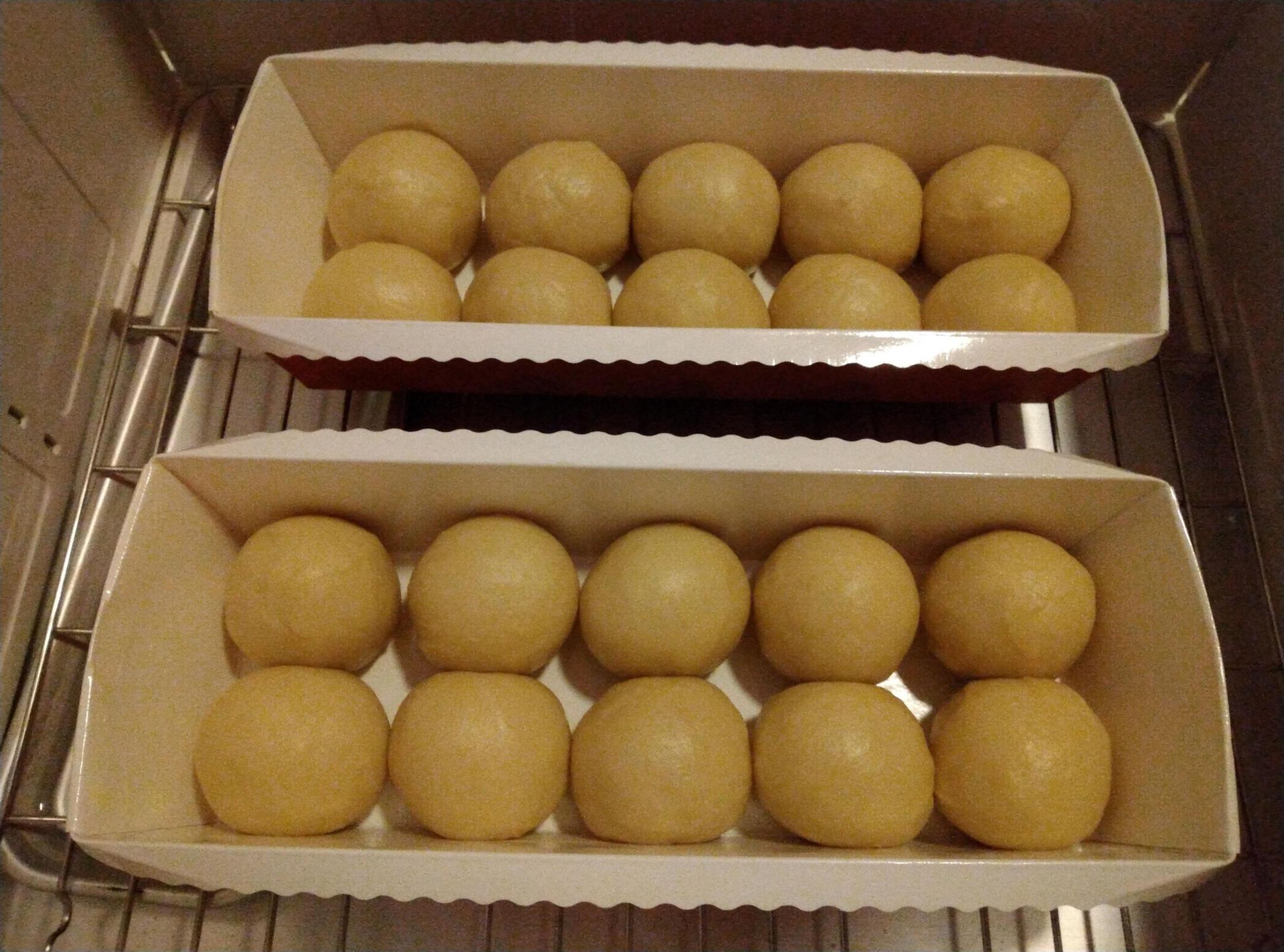 The weird thing about it was that it felt really strong considering the amount of butter and eggs that went in it. It could have proofed longer, but I was afraid it would collapse later if taken too far: 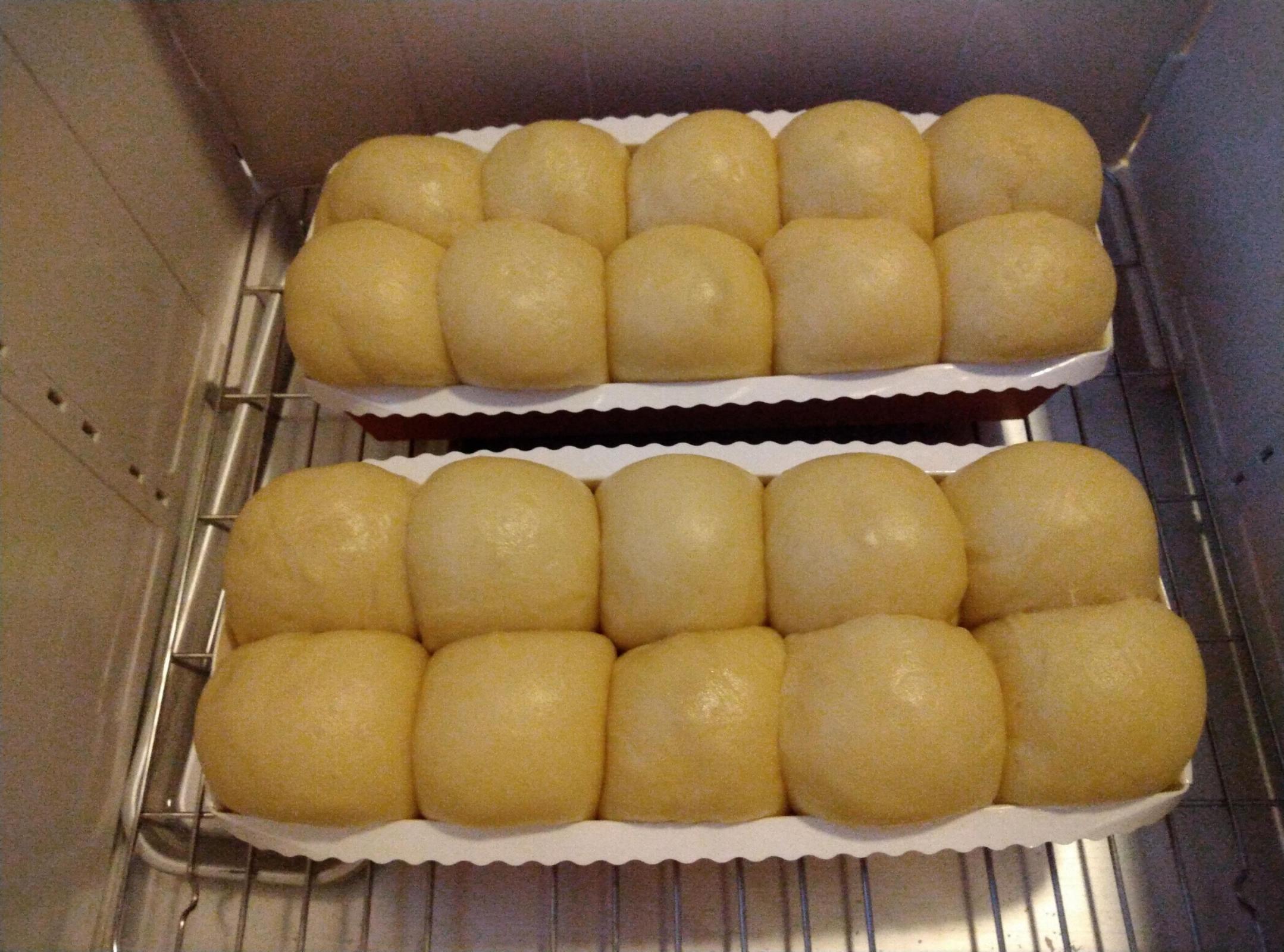 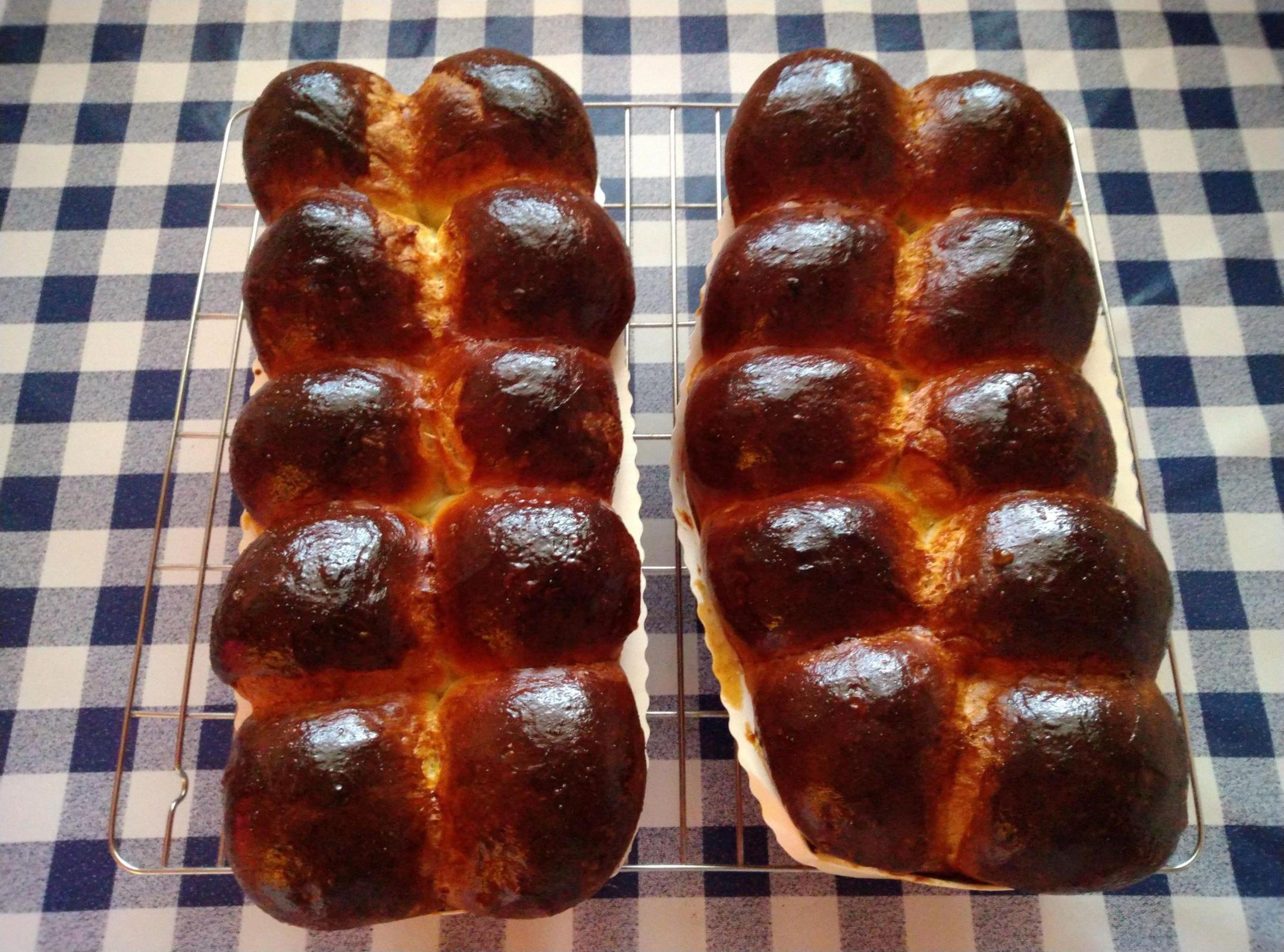 Looks wrong on the outside, because the proportions are weird, but these are the only cardboard loaf pans I can get. Looks ok on the inside, I think: 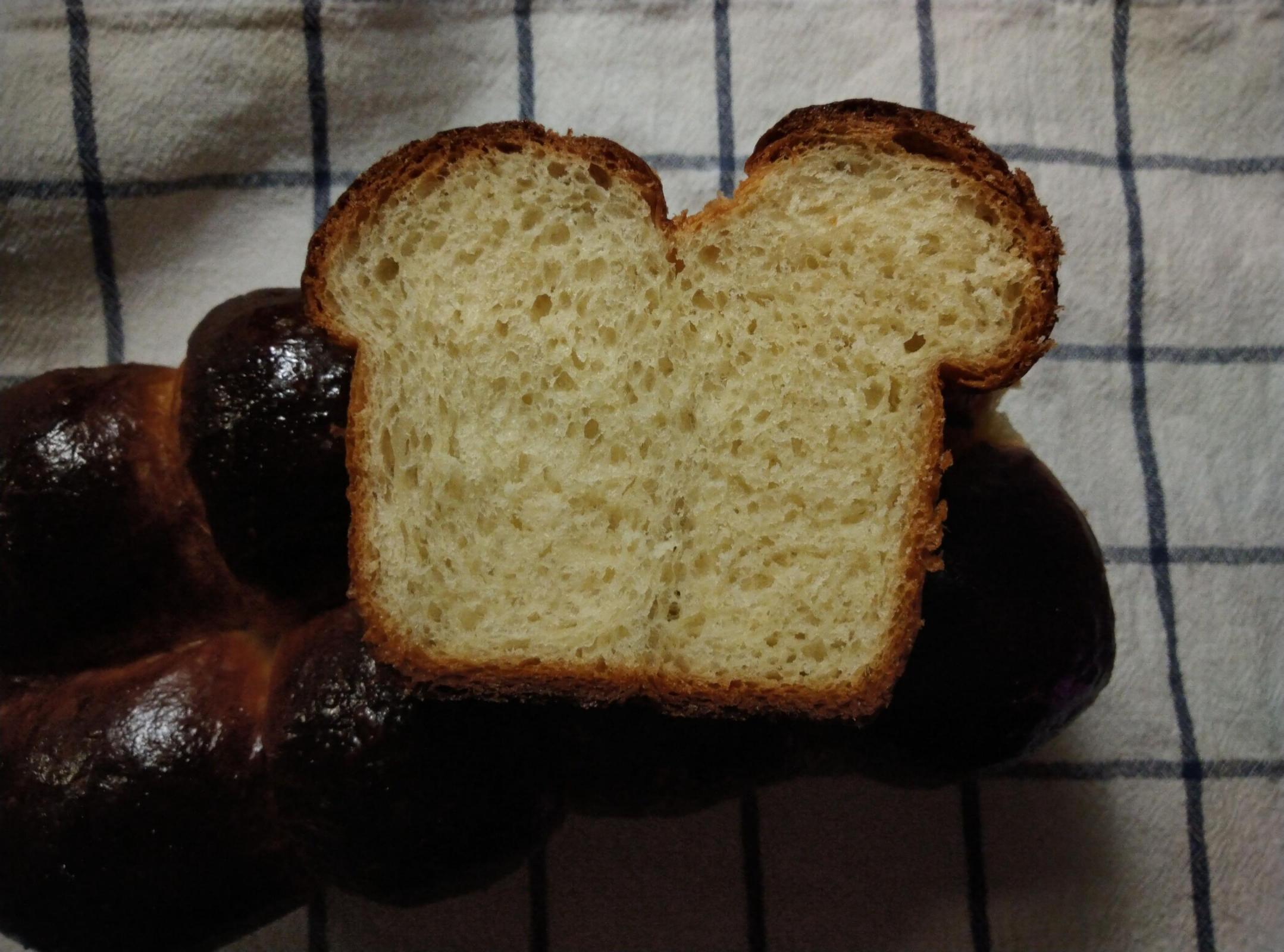 I don't know what real brioche is supposed to taste like, but I think I'd like it a tiny bit sweeter. At 12 % sugar it's not very sweet. On the other hand, this way it probably works better in savory applications.

The next step would be to try the laminated version.

they mix it pretty much to full gluten development before adding butter,

Aha! Making a milk bread I waited a couple minutes of mixing in the KA before integrating butter. I was curious about waiting much longer and here's your comment about it.

If you have leftover brioche, consider making a bostock with it :)

But I'm not sure there would have been leftovers even if I hadn't. :-)

They look amazing, the colour just draws you in.  Very nicely done especially for your first time using your mixer.

Although apparently it's possible to make it by hand:

It would probably be very educational to actually try that and compare the results.

Looks so neat and delicious, shouldn't read this site when hungry! Interesting reading about the gluten and butter too.

Wondering why you need a cardboard pan?

I have 4 sqare loaf pans I use for rye breads and 3 very nice USA Pans Pullman pans in addition to all the other stuff.

Love the book and I absolutely loved the show.