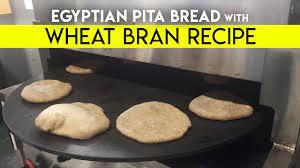 Pita bread, also known as Aish Baladi, is an Egyptian flatbread made with whole wheat flour that is usually baked in scorching-hot furnaces in Cairo's busy markets. With a baking stone and a high-temperature oven, home cooks may accomplish similar results. Bread was created in ancient Egypt from a type of ancient wheat known as "Emmer." Wheat and barley were the two types of grains that ancient Egyptians planted at the time. Wheat was a valuable commodity in Ancient Egypt's economy. It was not only used to make bread, but also as a means of payment.Emmer's high fibre content, low gluten level, and organic quality have gained it a place in the market. It was a sacred plant to ancient Egyptian Gods, particularly Osiris, and it was food for both the rich and the poor.

If you’re running a restaurant or bakery shop then you can try this recipe using economical Pita bread maker by Spinning Grillers to make commercial varieties of pita bread.

Through the utilisation of many burners, PitaOven provides intense head for an all-around even bake. The top of the plate is heated by infrared burners, while the bottom is heated by a continuous jet burner, resulting in fluffy golden brown pita bread. You can even bake pizza and Zatar pies along with Naan bread, Roti, Tandoori bread, and Mexican tortillas in this oven.