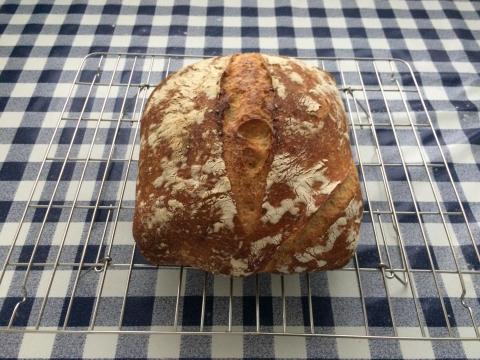 Technically, he does credit other people for it, but my source for this recipe is his book, so I stand by the title. 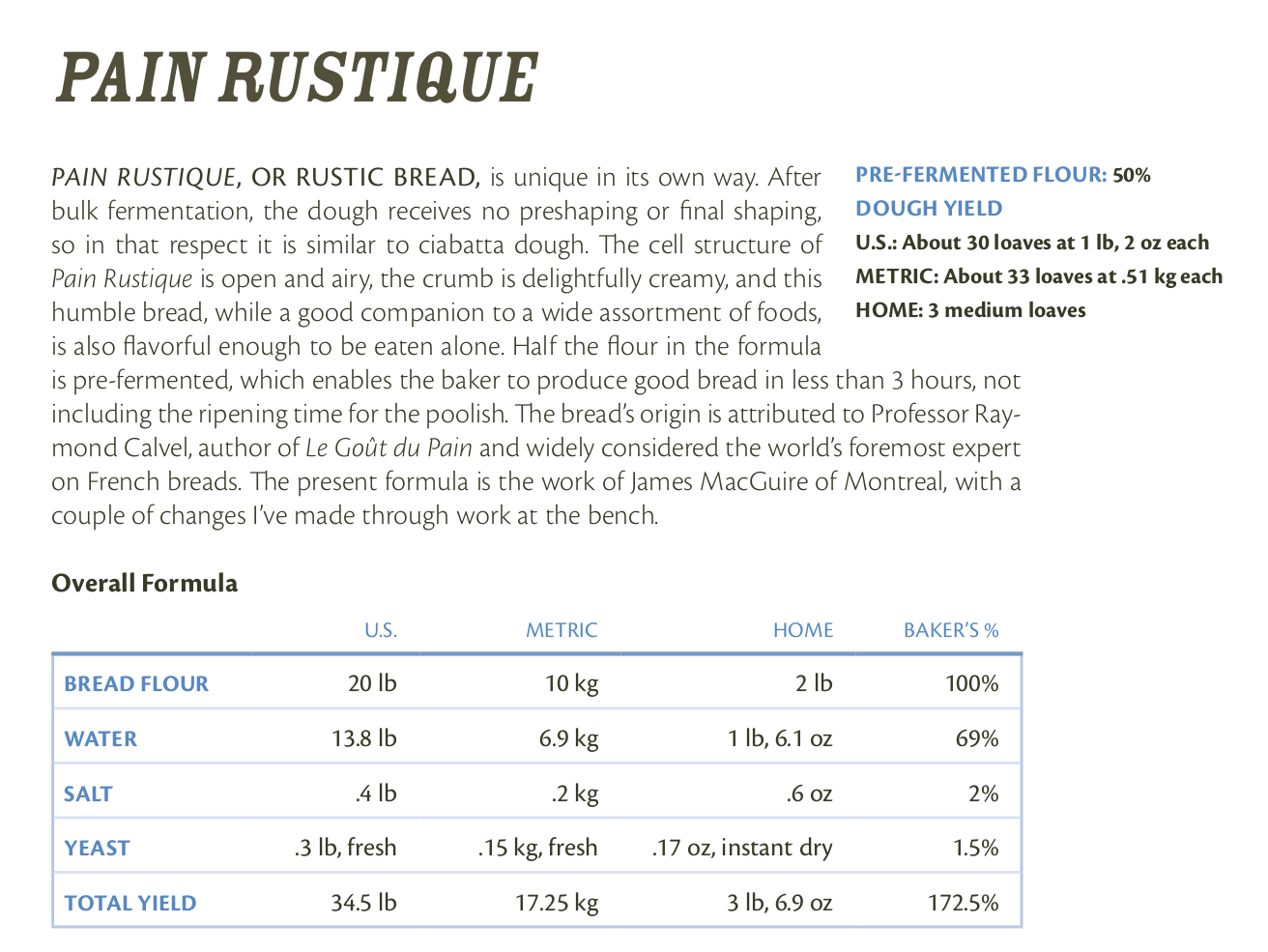 This is an interesting recipe, because since the dough hasn't been pre-shaped and isn't proofing in a banneton, there are no other ways to judge the degree of proof than feeling the dough.

The good bread in less than 3 hours bit is overly optimistic though. Basically with all of the yeasted recipes in the book the bulking and proofing times have been way too short in the home setting. Could it be that larger amount of dough ferment faster? Are the times intentionally shortened to account for dividing and shaping?

Anyway, I used more yeast and let the dough ferment longer than what the recipe calls for. After 2h (instead of 70 min), the dough felt reasonably puffy and looked like this: 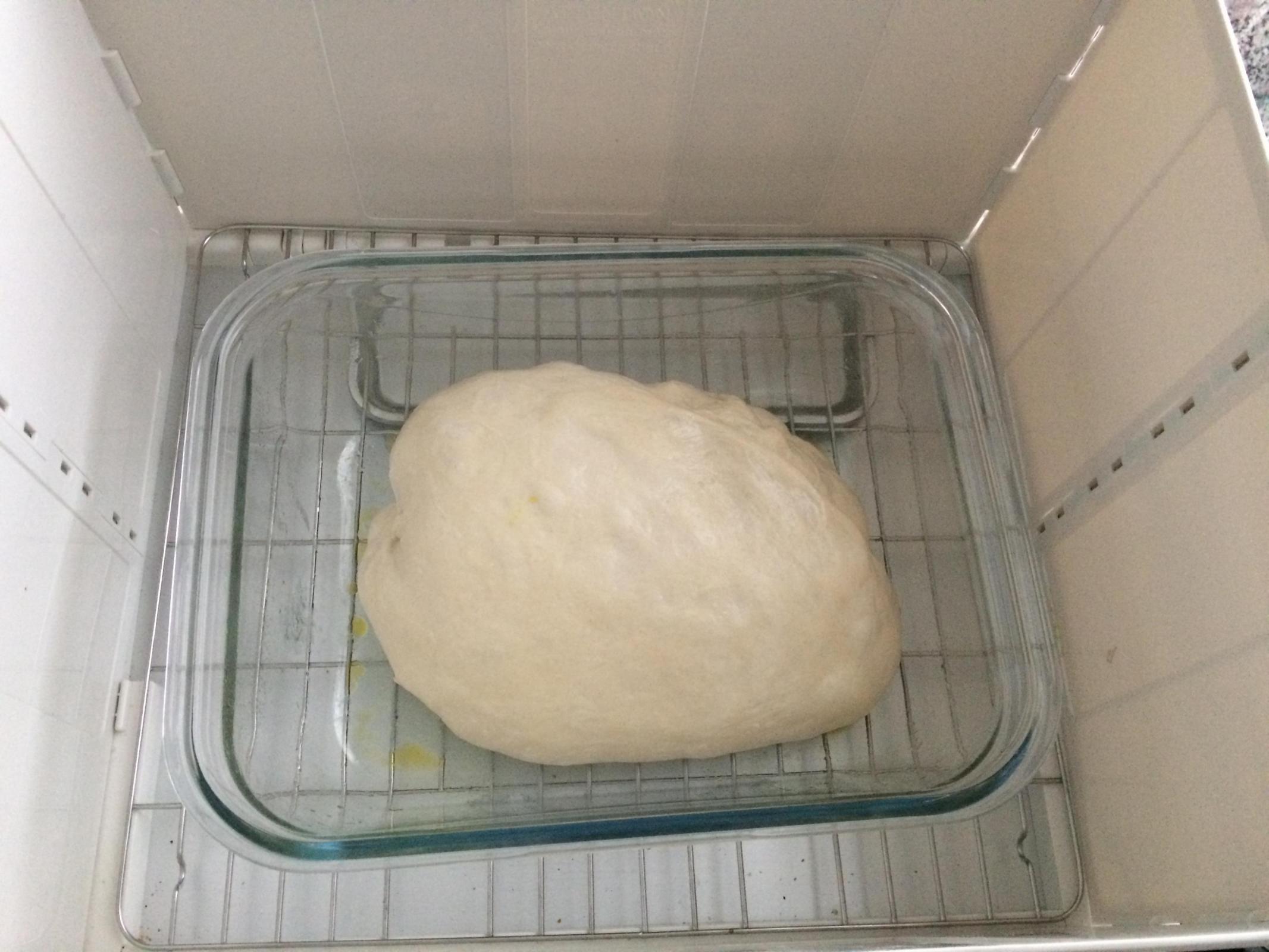 The way to proof it is putting it the good side down onto a floured parchment. Back into the proofer it goes: 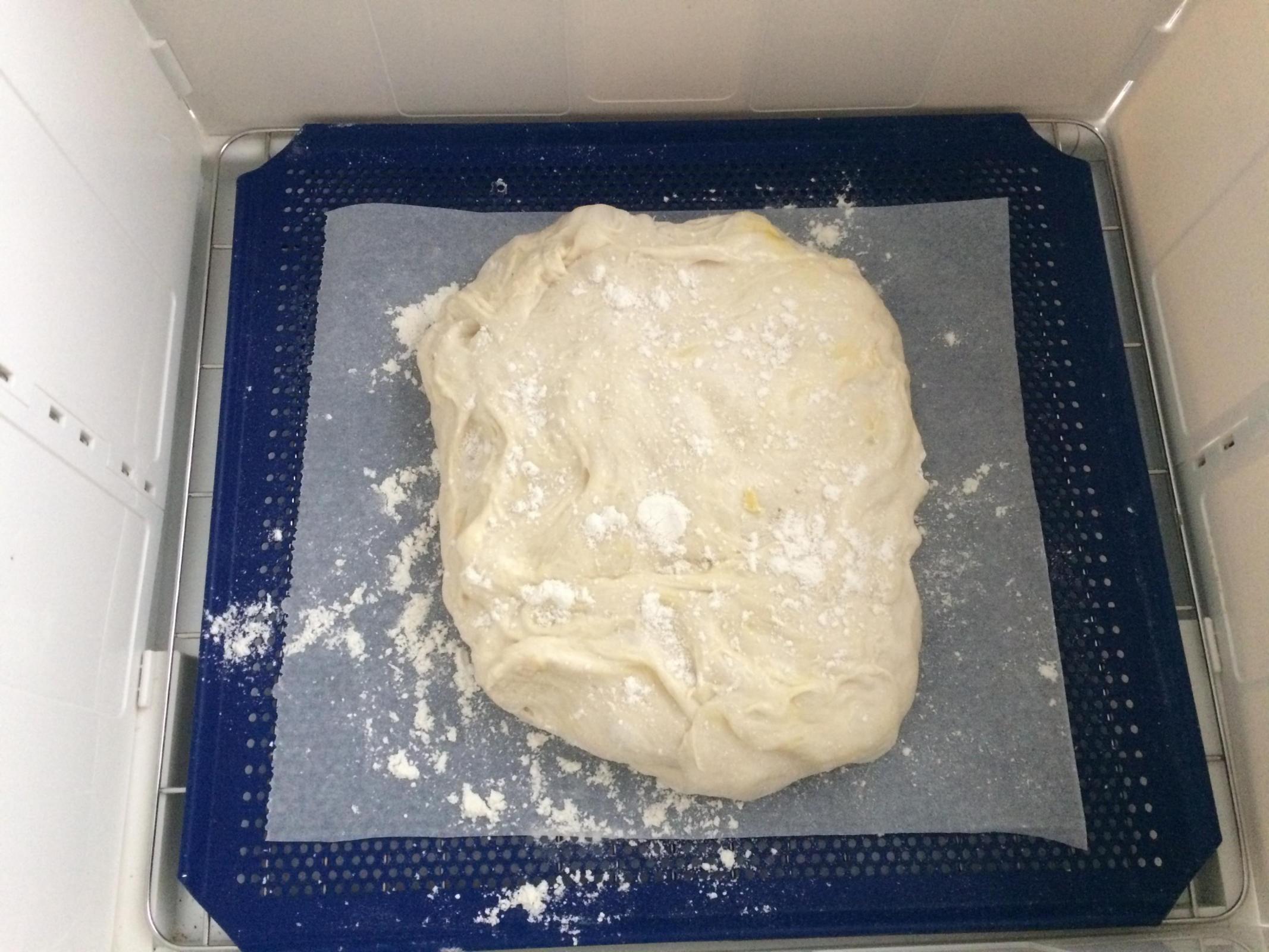 And here comes the tricky part. How does one know it's ready to be baked? The dough did rise and spread quite a bit and at some point I got worried it would just flatten out entirely. There were some large bubbles, but also some denser areas. Maybe there would still be enough structure for oven spring: 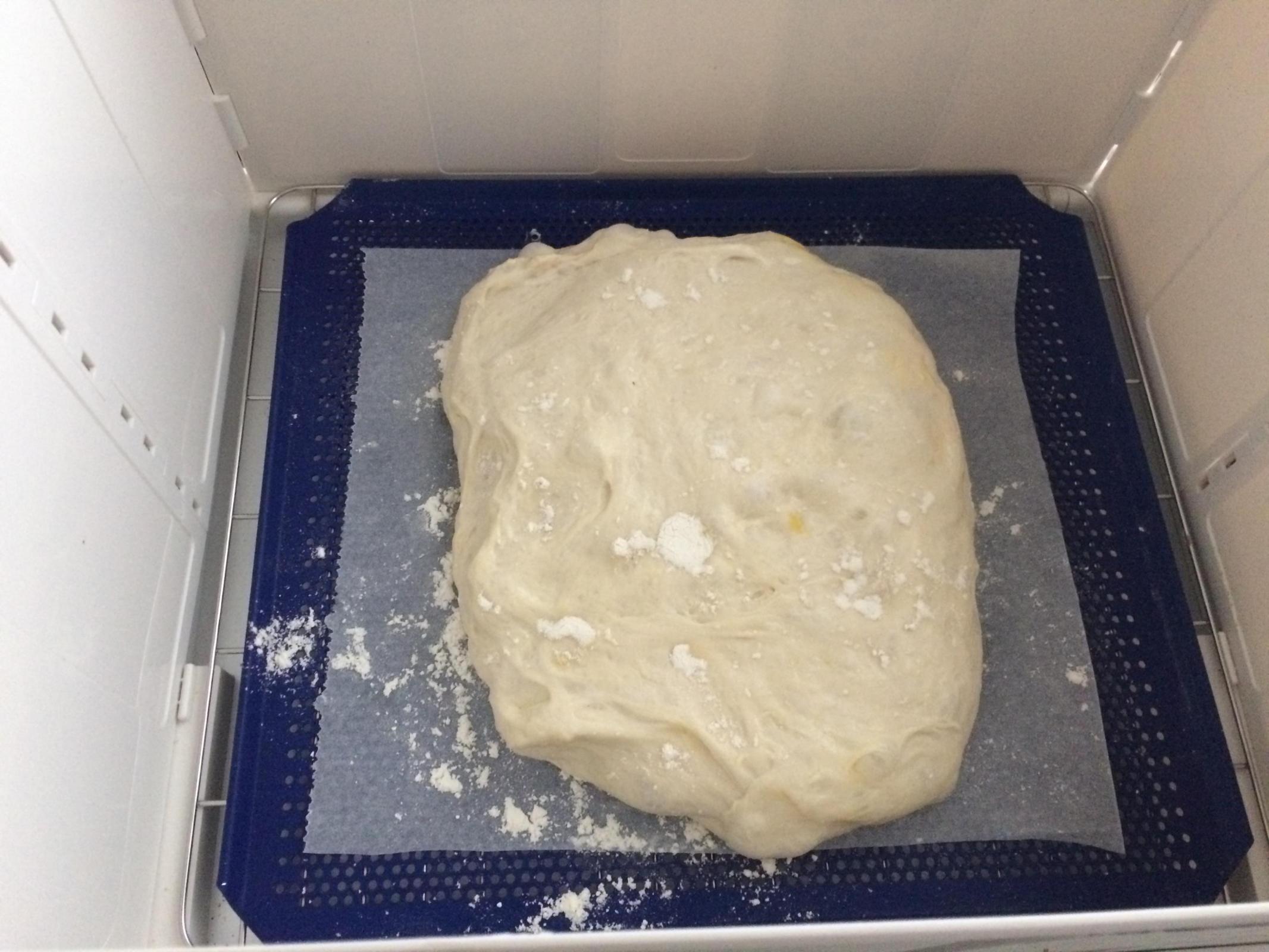 Maybe it's time to bake it. A somewhat timid slash in the middle and into the oven it goes: 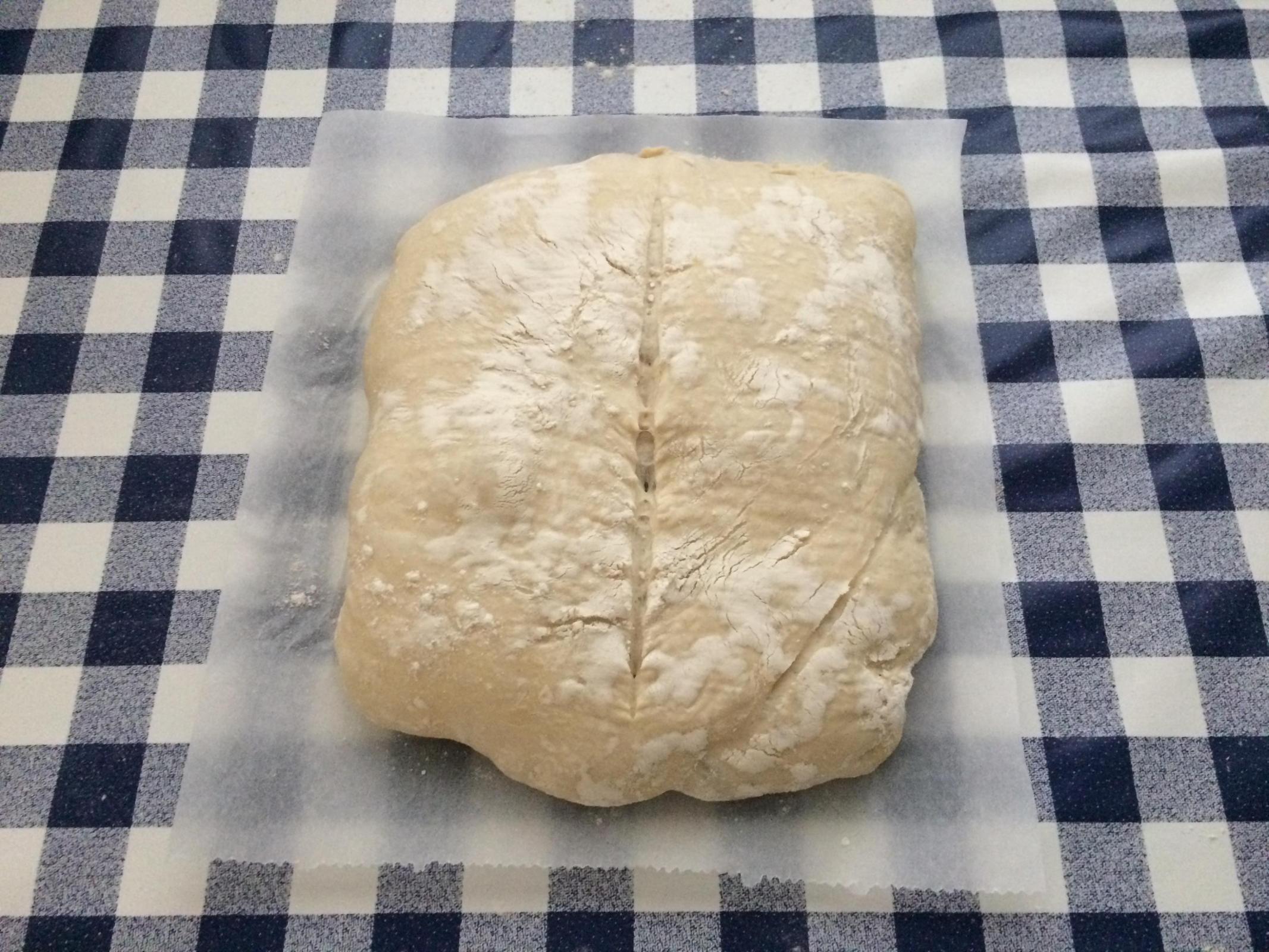 Not too ugly on the outside: 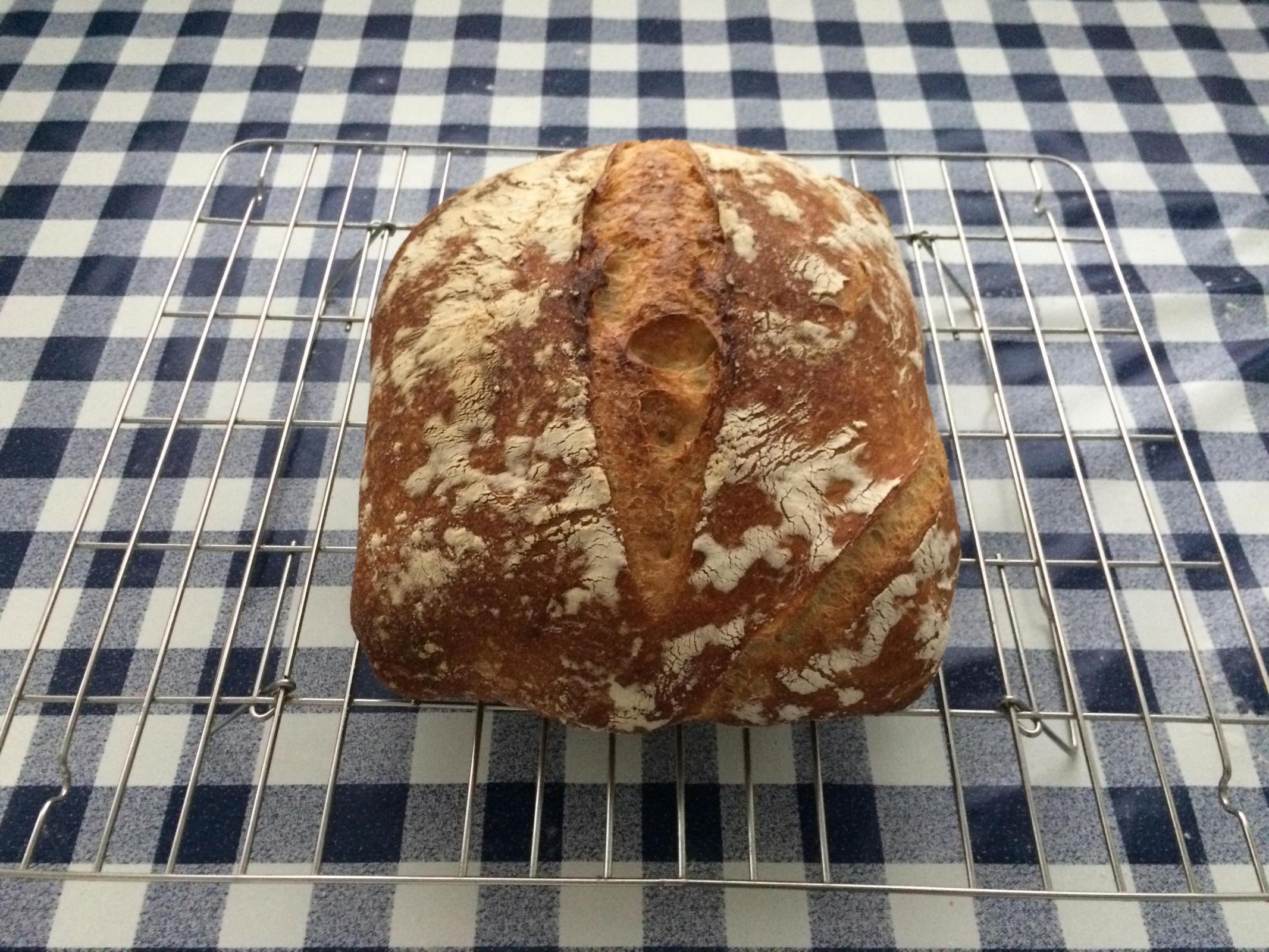 A bit dense on the inside: 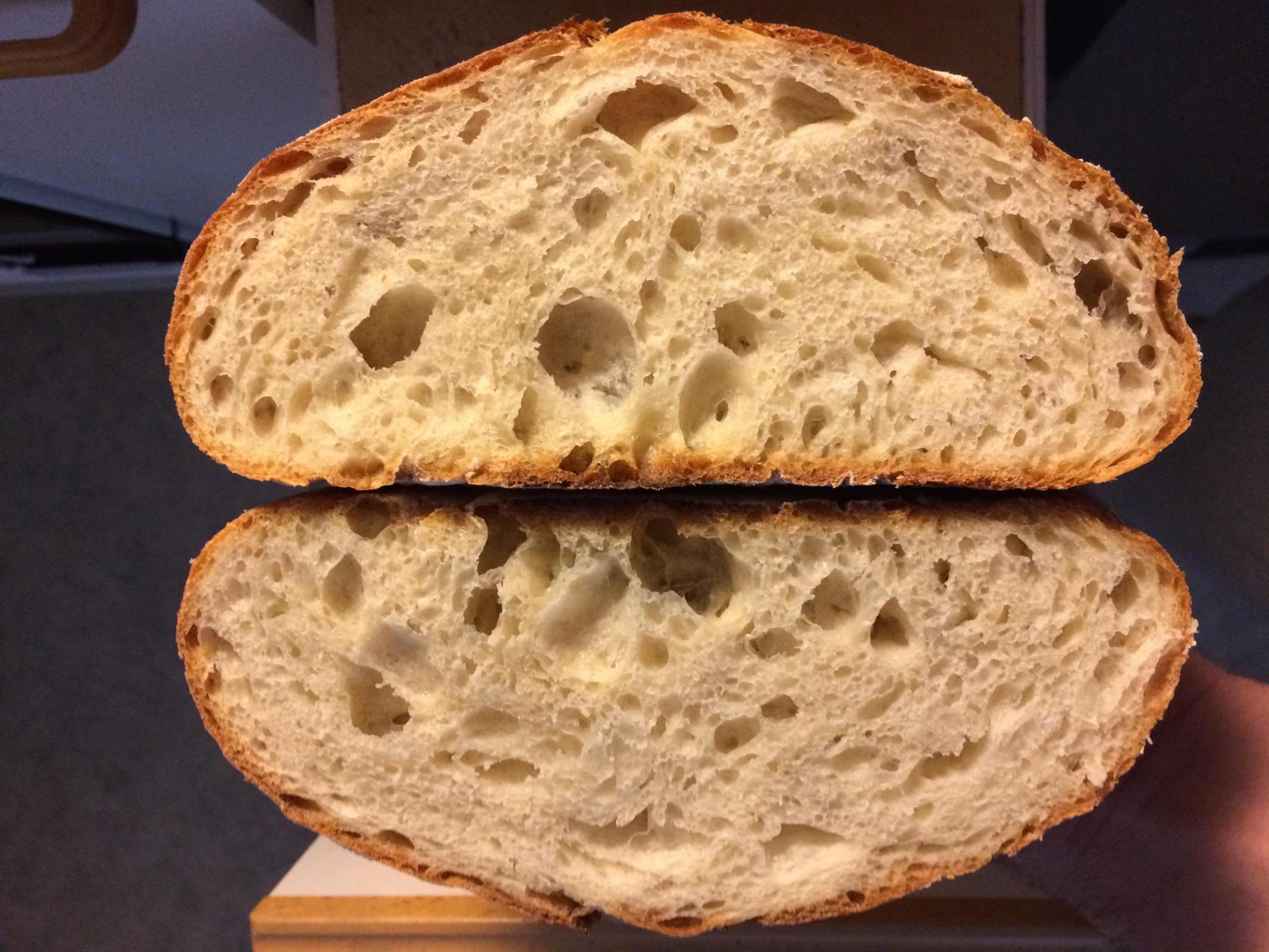 It would have been a good idea to bulk longer and give it one last fold for structure. Needs more practice.

as well.  The Weekend Bakery version.  I've had success with both this and the Hamelman version.  They're both pretty simple, and as the name suggests, rustic.

Instead of going to the Weekend Bakery version, I ended up at a video of the Allman Brothers Band performing.

I had just sent that to my brother earlier and forgot to copy the correct link.  Which is (fingers crossed) https://www.weekendbakery.com/posts/our-version-of-a-pain-rustique/.

Nonetheless, the ABB link is a great one!

Oh, come on, now you must post the ABB link as well.

That's a cool site, thanks for the link!

In the book, the recipe that follows this is Country Bread. It's shaped and proofed in a banneton, but the pre-ferment is stiffer. I  wonder if the taste is detectably different.

This looks like a great first attempt at a new recipe, and I agree, would be difficult to know where you're at without some of the visual queues you mentioned.  Well done!

Let it ferment longer this time. 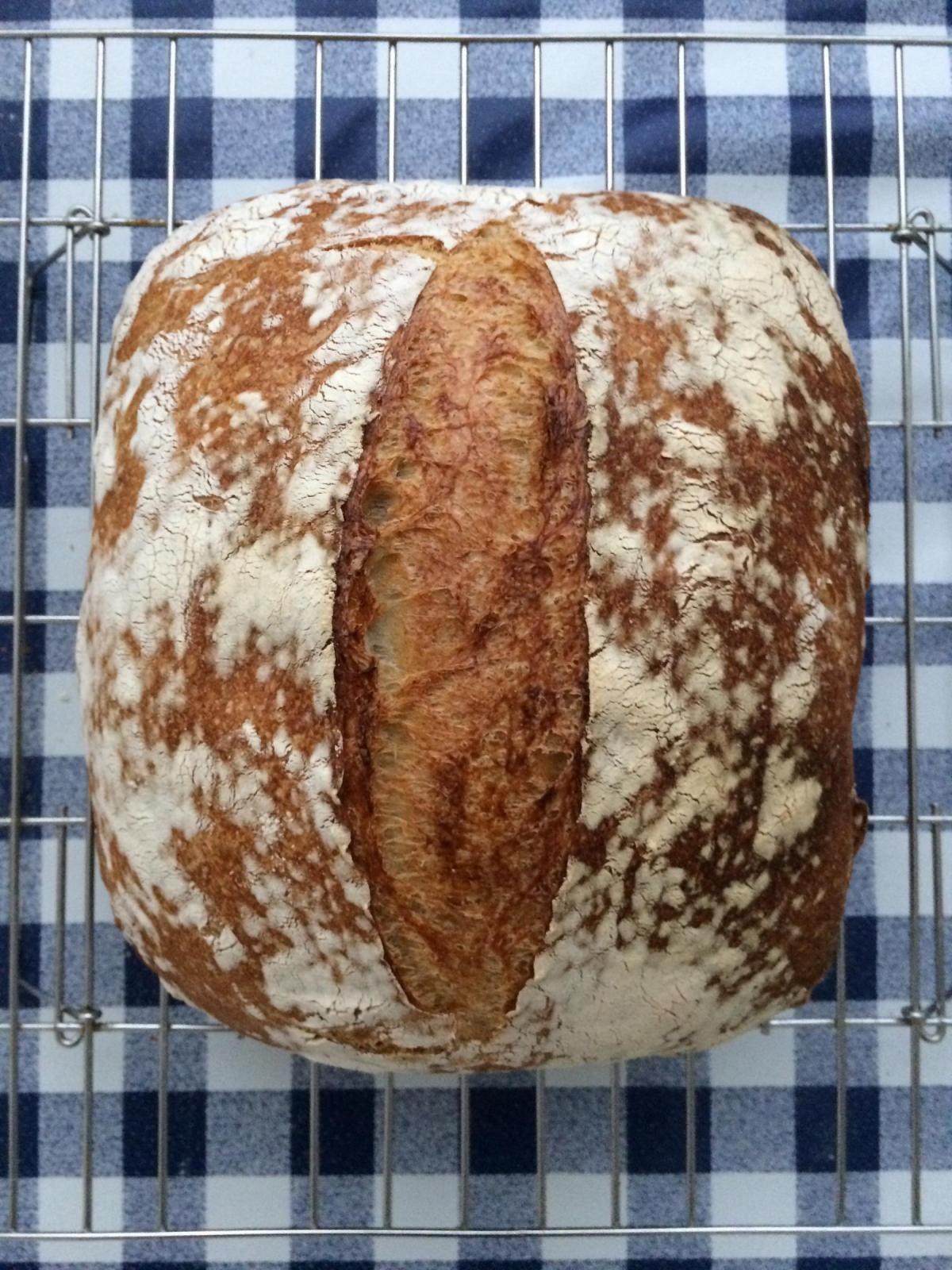 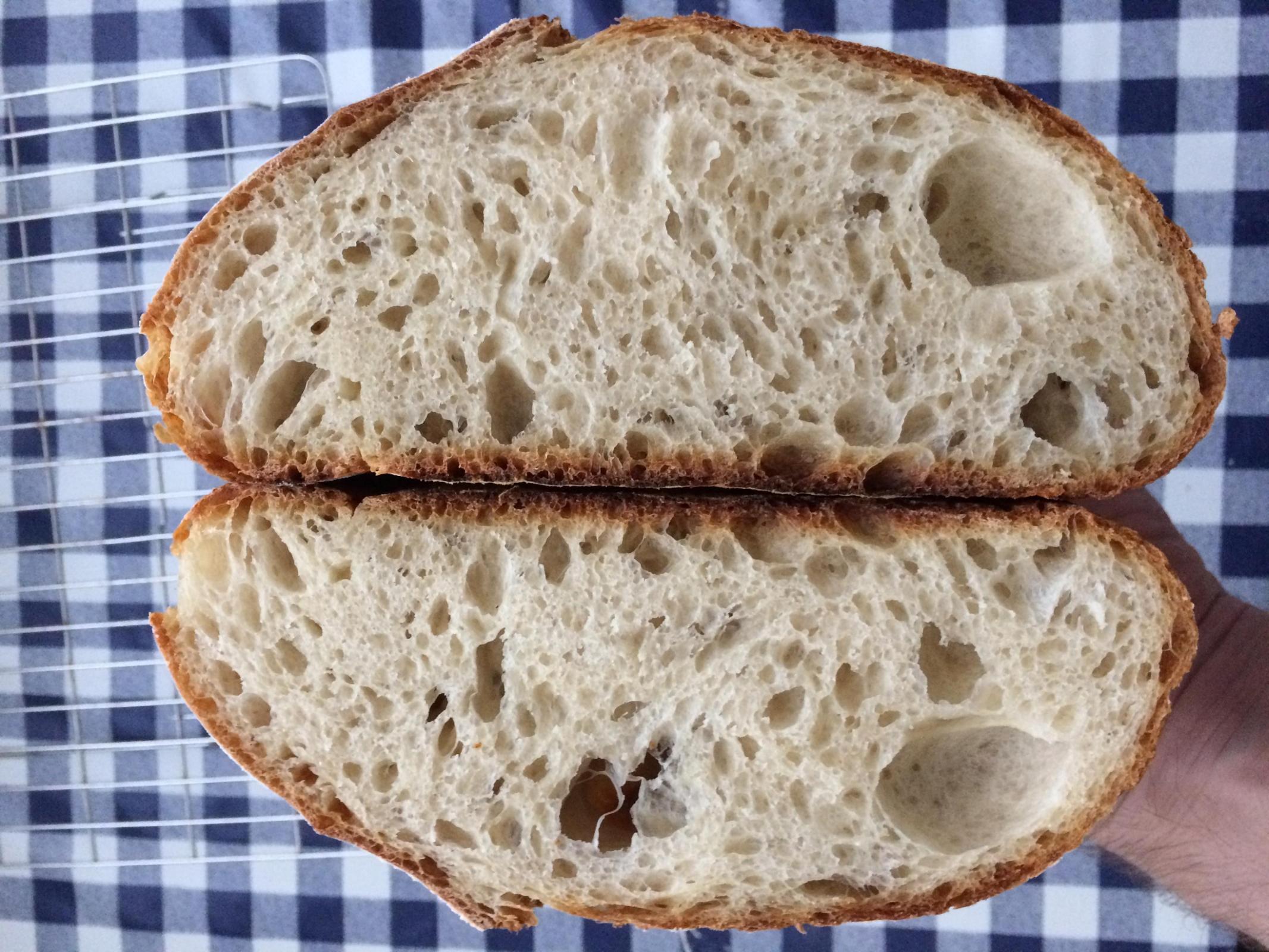 Probably should have proofed longer still.

Another attempt. Tried to handle the dough as little as possible. 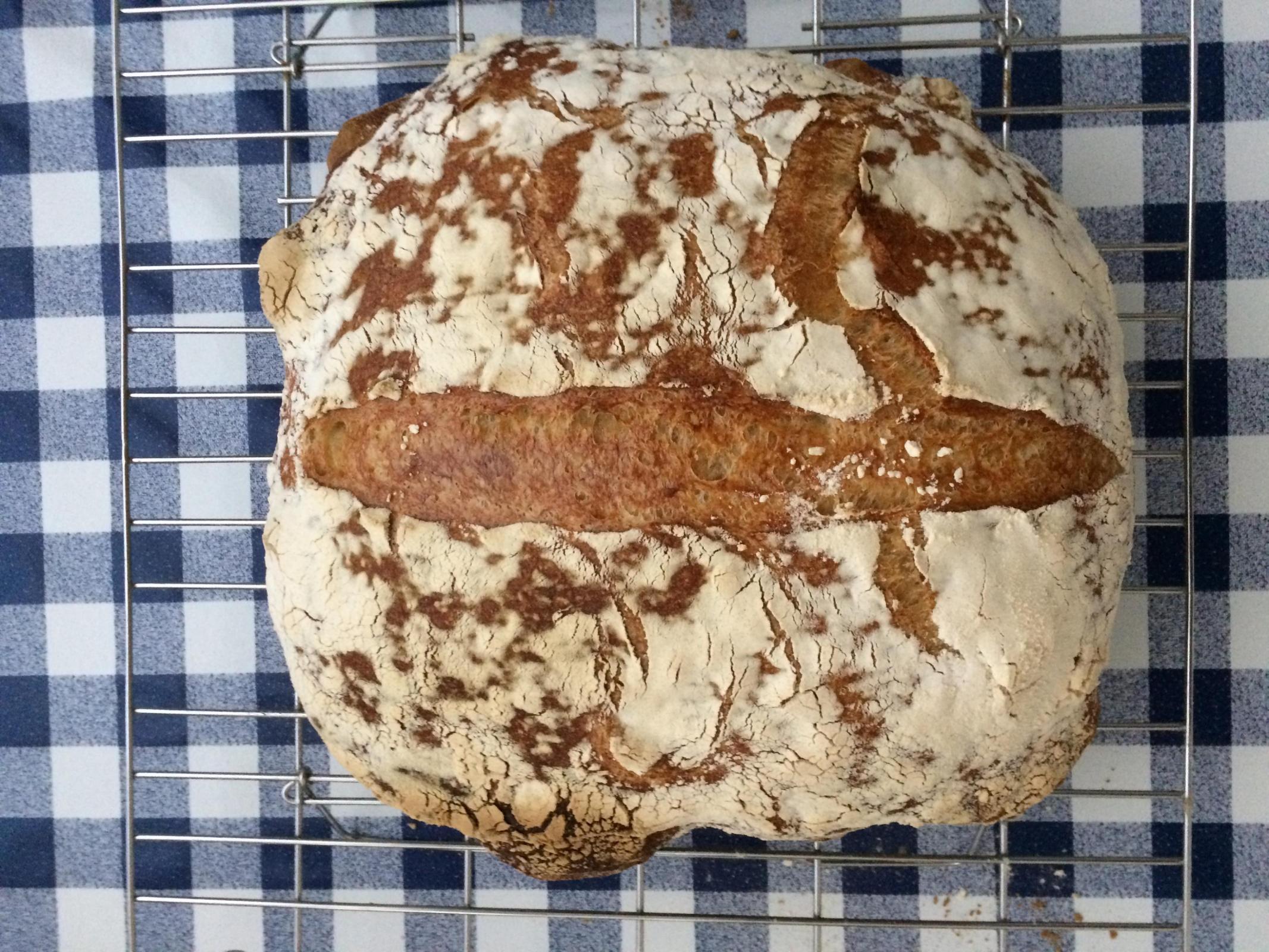 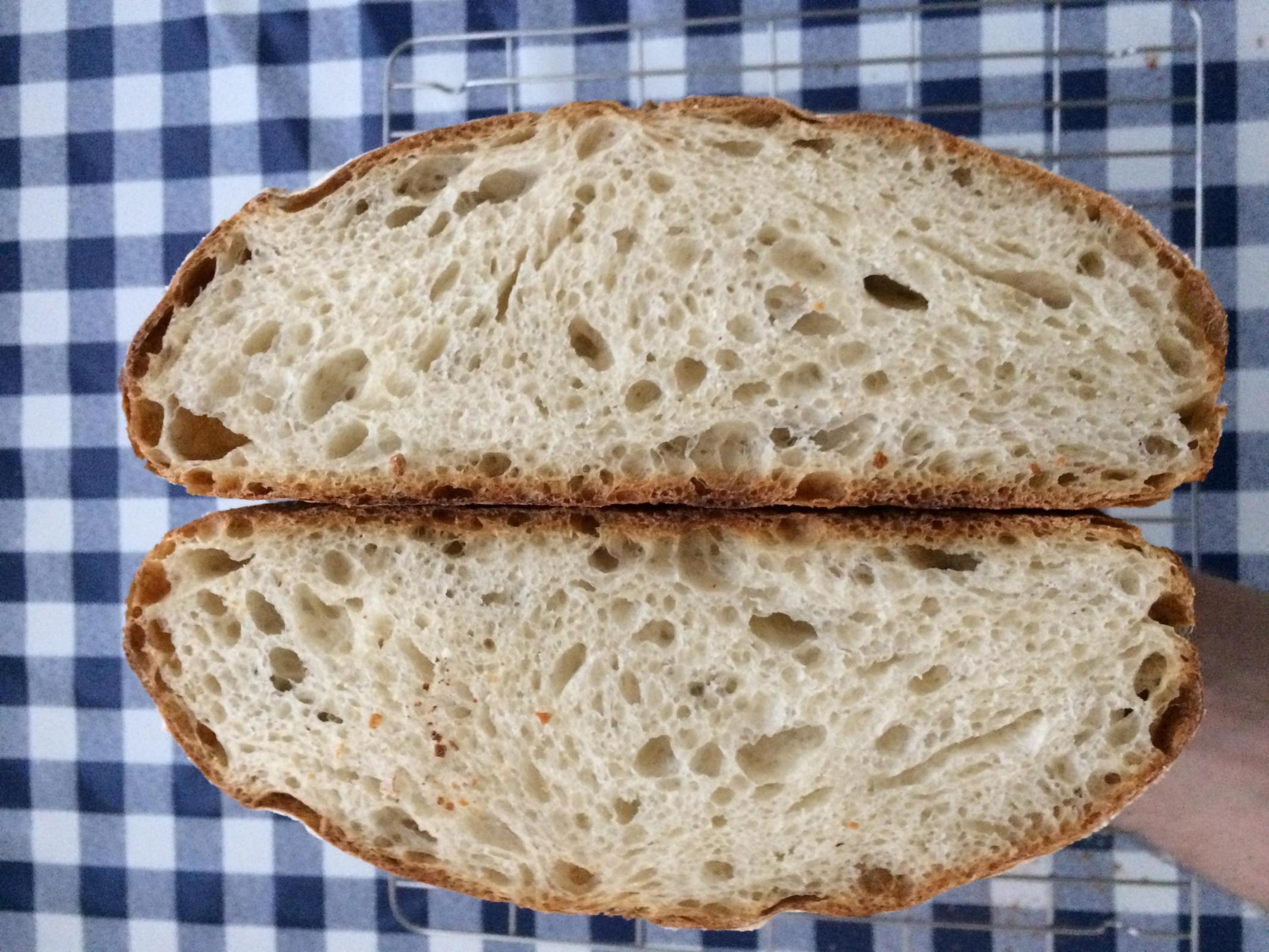 This is one that I haven't tried but like the simple approach. Which of the iterations did you prefer so far? I highly recommend the Rustic Bread a couple of pages over from the Pain Rustique. It's 10% whole wheat and 10% whole rye with plenty of flavours.

I like the last one, because it was the airiest. I think the next recipe in the book is pretty much the same as this, but shaped proofed in a banneton. I'd like to try that next to see how shaping affects the crumb.

Same dough shaped (degassed quite a bit in the process) and proofed in bannetons. 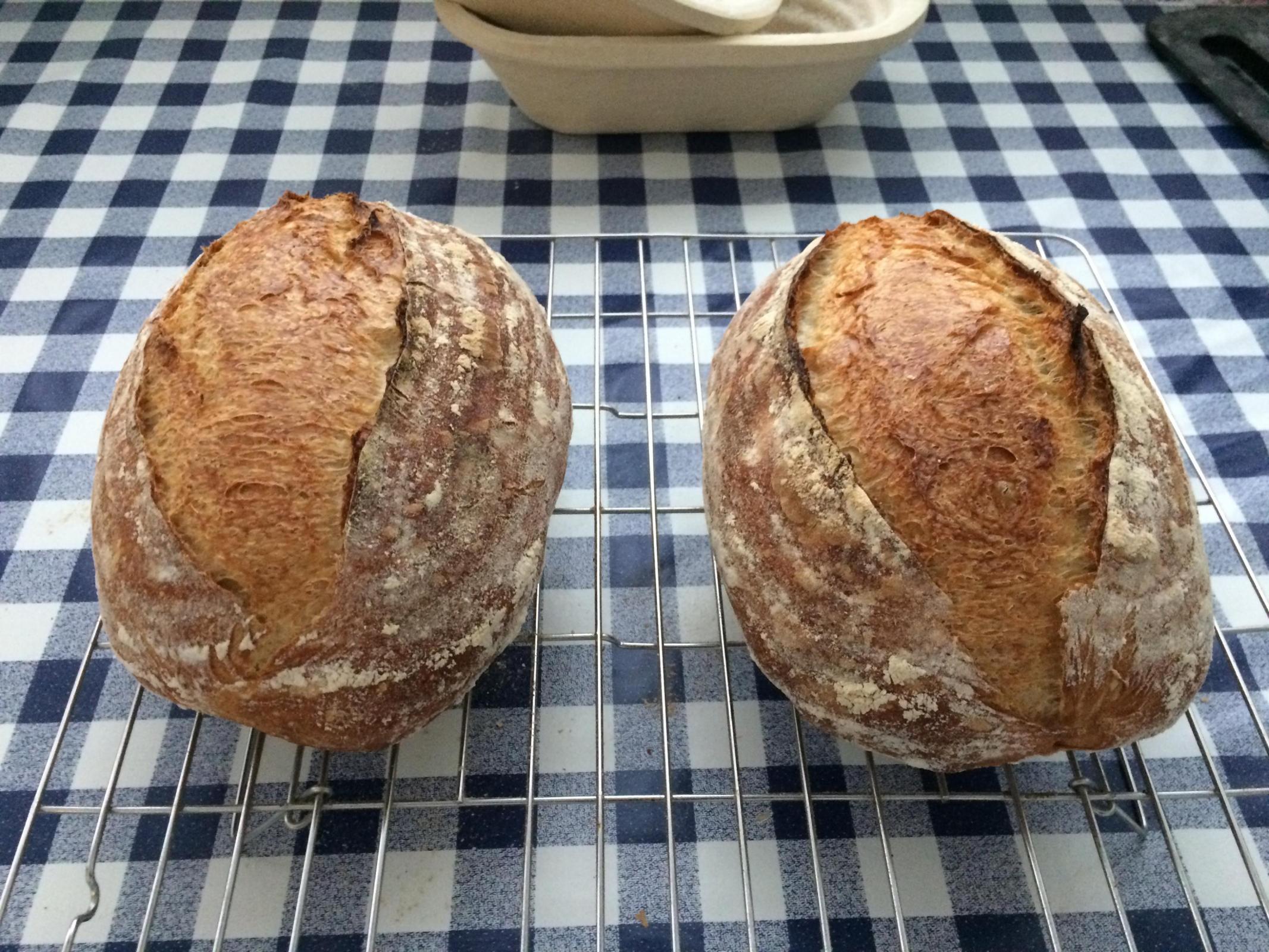 Since there are no large gas pockets, it's easier to judge when to bake it. (Yet still this ended up a bit underproofed, I think.) 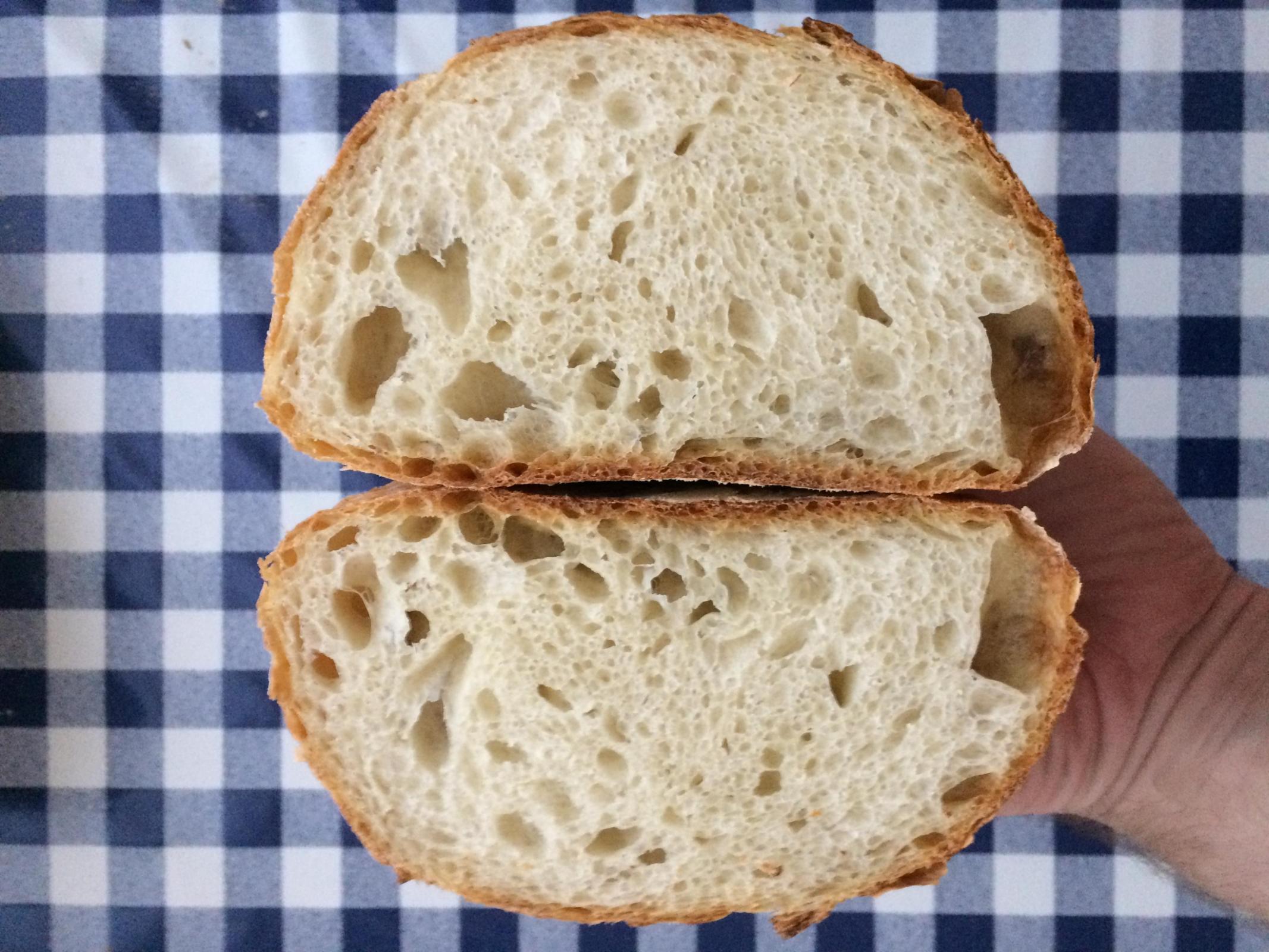 The alveoli look larger in the picture than in real life. This is a small loaf.