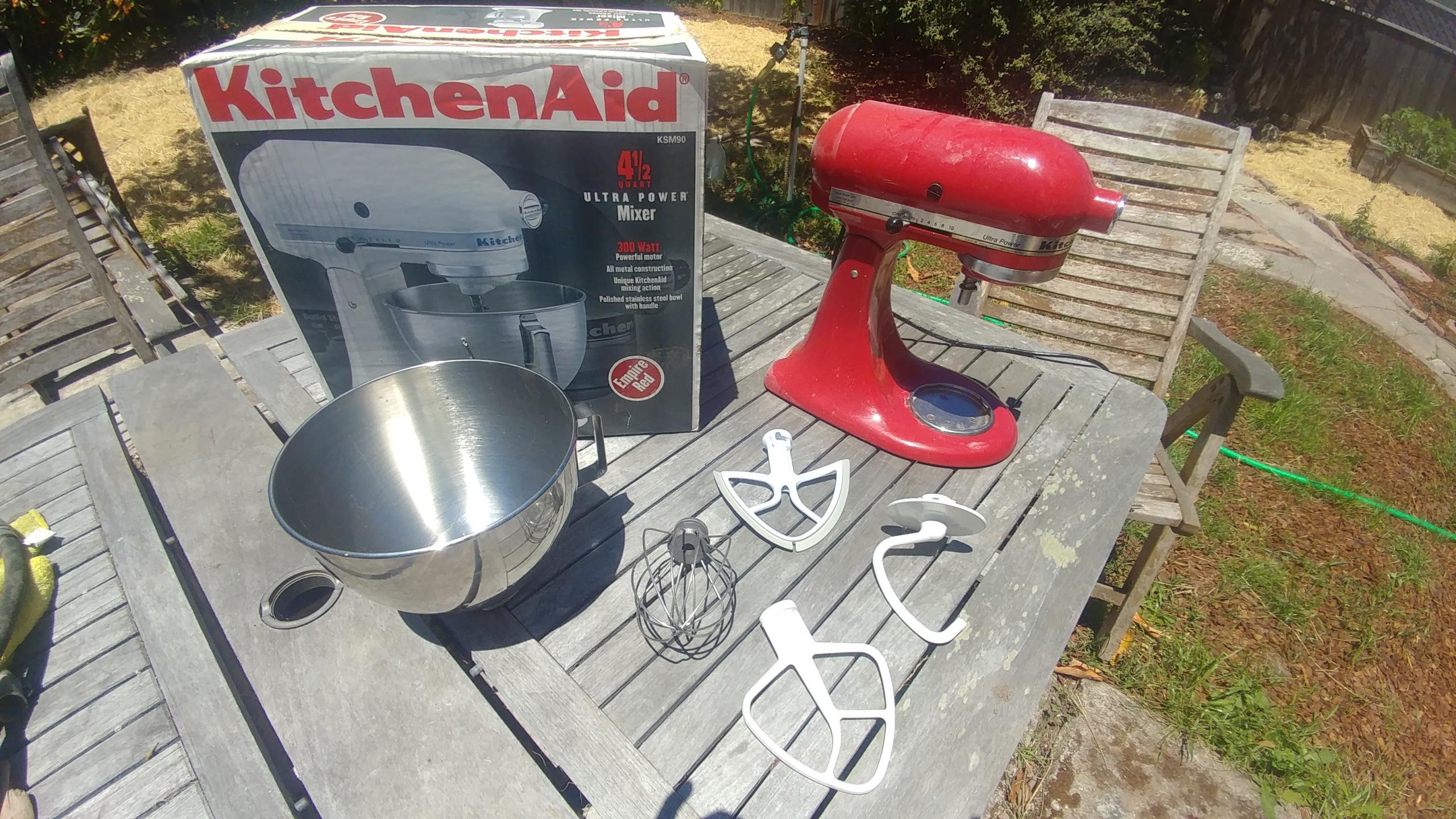 I just bought a higher capacity mixer and I'm selling this Kitchenaid. The problem is, although I had the grease replaced last year I used it fur a cake before packing it up and I noticed it needs it again. I'm in a conundrum because I feel bad about selling it without getting the grease replaced first. I know most people won't want to do it or won't know to do it. Should I get it done before selling it? Should I just tell prospective buyers?

You can add the cost of greasing on top of your original price (I imagine it isn't expensive). Plus you can write "Just recently greased" into the description..

If the margin between greased and not greased is little, people are likely to pay the extra few quits.

I think you're right, Banji, I should just get it done and then sell it.

When I moved two years ago someone put my KitchenAid in a box lying sideways. It wasn't opened for several days. Once I set it up I noticed that grease built up in a few areas around the top section, and if not wiped away, would ultimately drip down. Not a good thing. I always wipe it carefully before using but based on your comments, how do you know you need to have the grease replaced, and who does that sort of thing? Thanks.

I talked to a rep and she said that the grease should last 'for the life of the mixer' but who knows how long they think their mixers should last. More informative was her statement that the motor won't be damaged so long as it's lost less than a quarter cup of grease. Mine never lost more than a teaspoon, total, because I was not ok with having oil dripping in my cake batter!!!

She said that lack of use can cause the seal to dry out and stop working, and that if it's dripping, that it might actually need the seal replaced, not the oil. She advised me to run it at top speed (empty with no attachments) for 10 minutes once a week for a few weeks and see if the dripping stops.

She also said that repeated/continuous overuse (kneading dough for too long) could cause the grease to break down and need replacing.

For my mixer, I'm pretty sure that the grease just broke down with time and use and needed replacing. It was 15 or 20 years old. I got it as a newlywed and I've been married 26 years!

It's a bit of a conundrum.

I'll probably take it to the certified repair shop in San Jose next week and just have them look it over so I can be comfortable selling it.

If you can afford to, you could always give it away letting the person know they've got to get the grease replaced. Makes it easier for you, and for the right person gives them a great opportunity.. just a thought..

It's a nice thought but I'd rather make sure it is safe and working and sell it for less profit than pass on a machine that isn't right. It's not that easy to get the right grease, and most of the local repair shops are closed. I wouldn't want to sell it to someone and have them DIY with the wrong grease and have it become a eventual health hazard down the line. I actually spoke with a gentleman at one of the open local repair places. The shop was recommended to me by the shop that sells specialty grease and oil. The repair-shop guy told me he's never used the food grade grease in 30 years of repairing mixers. He said it wasn't necessary, and that the normal grease is the stuff that's always used.  I was surprised. And yes, I did confirm with the Kitchenaid rep that the food-grade grease is what the certified repair techs are told to use. So for 30 years this guy has been using the wrong grease....

My KitchenAid is probably about the same age as yours. I've used it daily, along with an Ankarsrum mixer, for 16 years at my bakery/cafe. I'm sure it would like some new grease.