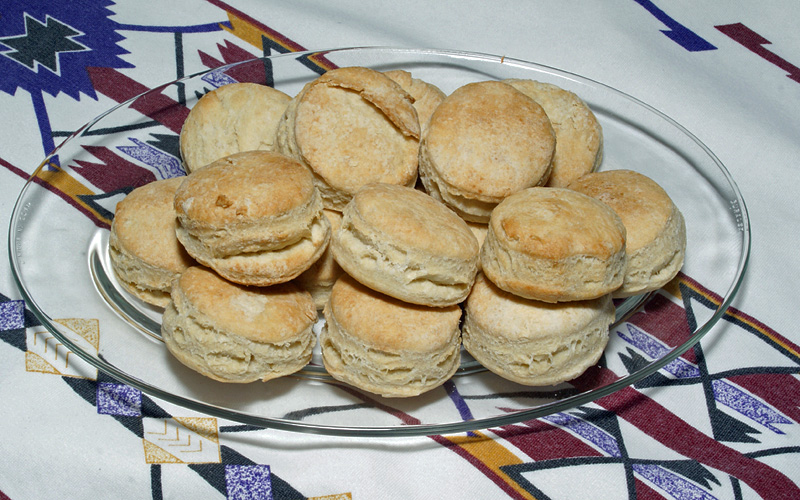 I have been trying to create sourdough biscuits without other leavening.  And as you noted, most recipes use soda or powder for rising.  Your recipe is the most success I have had.  On my first attempt, they rose wonderfully, light and fluffy, nice layering.  The other recipes I have tried didn't rise like I wanted them to.  Taste great too!

One question, if I used all butter rather than 1/2 lard for the fat, what will change about the final product?