Friday night is often Pizza night in our house. This one is a favorite: Tuna Pizza

Notice a theme here...too much moisture is the enemy of good pizza, go easy on the sauce and dry wet ingredients where possible. In addition, I open the oven half way through baking and mop up excess moisture off the pizza by blotting the surface with paper towels. It is still a very juicy pizza but I avoid soggy bottom and side crust disasters!

Building the pizza (and i believe in the hand form approach over the rolling pin) in this order: crust, cheese, tuna, anchovies,
sauce, red peppers, olives, capers.

Slide it onto the tiles:

Well, Pesach and Unleavened Bread is over and it is time to get the bread ingredients out of storage.

Been a while since I was able to post. Have been super busy. Having a blast at the bakery job. The railroad job? All I can say is that I still have it and it is paying the bills.

I have been browsing the rec.food.sourdough newsgroup a lot lately. One of the messages I really found interesting was one concerning a 30+ year old sourdough starter packet. It seems that one of the regular posters on the group found an old packet of unopened starter in one of their sourdough books. This person did a little experiment to see if she could revive the starter. She seems to have had success.

I went on the 'net and found a copy of the book with a packet. Yesterday, I started my own little experiment. I measured out equal amounts of all-purpose flour and water in two seperate quart jars. To one I added my 1/2 ounce packet of starter powder. Twelve hours later I had activity in both jars. But the jar with the sourdough packet was markedly more active. The aroma of the starters were different as was the textures of the respective starters.

Not wanting to skew the results, I took 50 grams of starter from each jar and discarded the rest. I started with the control starter first, doing one at a time to control cross-contamination. I rinsed out each jar and added 50 grams of distilled water and 50 grams of all purpose flour. I added the water to the starter and made a liquid starter. I returned the starters to the respective jars. I then added 50 grams of all-purpose flour to each jar and stirred until well incorporated. I marked the levels in each of the jars. Again, twelve hours later, I checked the jars. This time I took pictures. There is quite a difference between the two. When I learn how to post pictures here, I will do so.

I am kind of suprised that the control jar (with no starter powder) took off so quickly. But then again I did a lot of bread baking before Pesach and Unleavened Bread. And no matter how good I tried to clean my house, there would still be yeast floating around in the air. (A spiritual lesson there) Hoping this didn't affect my little experiment. But the jar with the sourdough starter is significantly more active as you will be able to tell when I upload the pictures.

BTW, I made my first homemade matzah in a stone lined oven. Was a smashing hit with the daughters. And I got it in the oven in less than eighteen minutes. Just made a little over a pound.

Till then, let us bake bread. 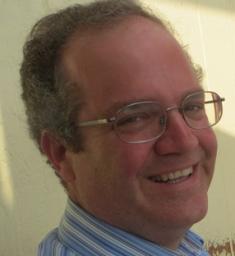 Another bakery to add to the bakery map. Iggy's Bread of the World is a fantastic bakery, with most of their breads leavened with wild yeast.

Iggy's retail store and bakery is a bit hard to find. It's in an old industrial area, but folks seek them out. Most of their business is wholesale, but it's well worth going to the shop to pick up their wares. Raisin pecan is amazing (great for French Toast), their bagels are delightfully old-school (with garlic and poppy seeds all over the bagel, not just on top) and their baguettes are top-notch.

All things require fine tuning and experimentation.
This time I used more coals--including some mesquite which burns really hot, moved the grill to the lee side of the house (out of the wind)and did not bother with water of any kind (no water in wood fired ovens, right?).
I did throw a couple water soaked wood chips through the air vent.
The temperature inside got up to 600+. I was resolved not to do anything that wood cause the temp inside the grill to drop so, no water and no opening the grill to peek.
In my oven, at 450 the bread takes 40-45 mins. I figured 30-35 mins in the grill. Theses are not big loaves.

After about 27 minutes i wandered over to the grill to smell that lovely aroma of baking bread... more like burnt toast! I imagine this would have been a perfect loaf had I taken it out around the 20 minute mark. I baked the control loaf in the oven as usual. Both tasted delicious (had to cut the burnt bottom off the grilled loaf) My wife says that she likes the grilled loaf the best so far. She likes rustic things.

The recipe calls for letting the dough double in 2 hours (which it did), then dividing in half, placing each half in a 9" pan, and letting it rise to fill the pan. 2-3 hours.

Well, here's what they looked like after 2 hours in a 72 degree room, an overnight fridging (it was 12am by the time 2 hours had passed), and 3 hours in the morning:

what i refer to as 'rye light', naturally leavened, organic, and 100% hand made...
i baked seven of these yesterday, 3 lbs each. pictured are half-loaves.

We had guests over for Saturday night dinner. Here's two of the poolish baguettes I baked, along with a very buttery Brioche that we ate for dessert with lemon curd and raspberries.

Just wondering if anyone has ever made an Italian or Greek braided bread
for Easter that has Dyed eggs baked in it?
Thanks

i'm not really sure where to begin. i'm not sure of much, really. how about here:

i'm 26 and living in maine, working on a ph.d in physics with a very small bread business out of my kitchen. i only sell once a week and have about a dozen customers each time. and though i baked bread the first time when i was in my teens i have only been baking seriously (frequently) for about five years. it's only been in the last eighteen months that i've delved into the science of it all and quit simply throwing ingredients together as i had been doing for far too long. anymore, i find myself contemplating the possibility that my passion will one day cross into the realm of obsession. regardless, that possible reality i suppose i could easily accept, it is the fear of developing a gluten allergy that haunts me. we all know those shadows of fear, silent and looming, but for a young man, aged 26, to fear the onset of a gluten allergy his passion for bread surely has long been an obsession...

while i was riding my bicycle the other day i tried to imagine what an interview at a bakery might be like for me, answering questions about formal training and professional experience i might seem unskilled and unknowledgable, just let me run through a list of breads and descriptions, dough profiles and chemical processes, techniques and ingredient choices, etc...

oh, i am accepting it as obsession: my eyes, my hands, my nose, my mouth, with these tools i always, always critique the bread i come across.

ahhhhh, bread, let it be the body of every man.