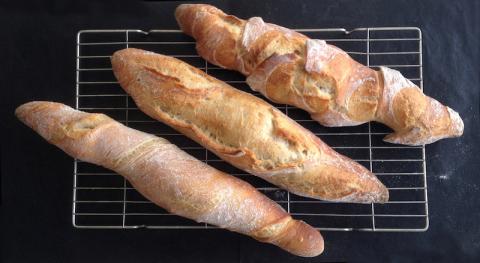 I’ve been experimenting with ultra-long (seven day) bulk fermentation of both traditional and sourdough baguette batches. Why? Because the longer a dough ferments, the more tasty organic aromatics are packed into the dough by the yeast and lactobacilli. Lactobailli in a non-sourdough baguette tradition? Oh yes, that’s because the dough ferments for so long that they get a chance to colonise it. The proof is in the tasting.

This bread is not for the inexperienced. On the one hand, the dough ingredients are simple. On the other, I wouldn’t recommend attempting this until you have mastered the tricky art of making ordinary baguettes and can regularly produce well-shaped loaves with a good grigne . That’s because, after seven days, the dough is very fragile and needs to be shaped both gently and swiftly, and then scored with great care and good technique. As you can see from the photos below, some methods work better than others. However, it is the taste you're after not a competition standard loaf.

Also, during mixing, you need to be able to judge by eye and feel if your dough is hydrated correctly for baguettes. Over- or under-hydration will create problems if you aim for the full seven days of fermentation. Being able to decide when the gluten is well-developed in the dough is also important. You need to know when to stop the stretch-and-fold cycle.

You do not, of course, have to cold retard the dough for the full duration. Baking after two, three days etc. is fine. They will still be really tasty.

I've posted a baguettes tradition recipe adapted just a little from KAF's baguette recipe. I think it's one of the best for a home baker. It's from Jeffrey Hamelman so it has to be good. I've added some semolina to the poolish because of the great durum taste and texture it gives.

For those who already have a favourite sourdough baguette recipe that should work just fine. I've tried this with a couple of my favourites and they turned out well. A rye or spelt starter adds a nice bit of texture and flavour.

** Water temperature is critical, you must factor this using the Desired Dough Temperature calculation where the final dough temperature is 23-26℃ (74-79F) with the lower end of the range being preferable.

***3-5g. Lower figure for Instant Dry, the higher for Active Dry, but somewhere in the middle will do. This is not going to be a quick fermentation! 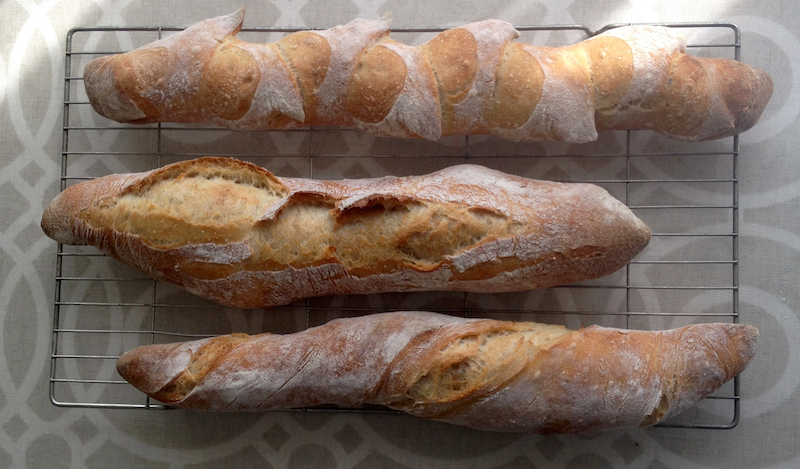 Only occasionally did I get a perfect looking baguette tradition: maybe one-in-three. The gentler you are with the shaping the better they will be, but with the dough being so delicate, some luck is still required at this hydration level. As you can see above, epis de blé look good even if the cuts heal. Because you can't work too long on rolling out the dough evenly, the twists and baguettes are harder to keep to a uniform width. 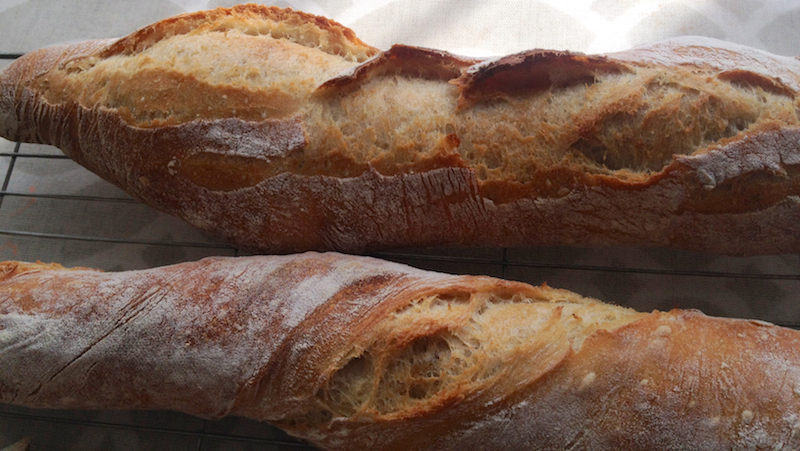 Internally, you do get a good random cell structure but fewer of glossy cell walls than you'd find in a shorter fermentation baguette. However, in my experience, the taste is exceptional. 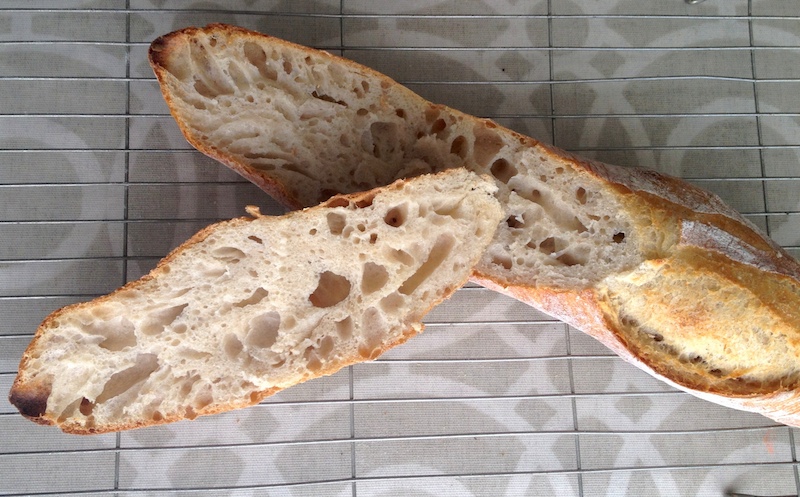 Anyhow, it's been good fun pushing these doughs as far as possible. If you have a go, I'd love to hear your feedback. 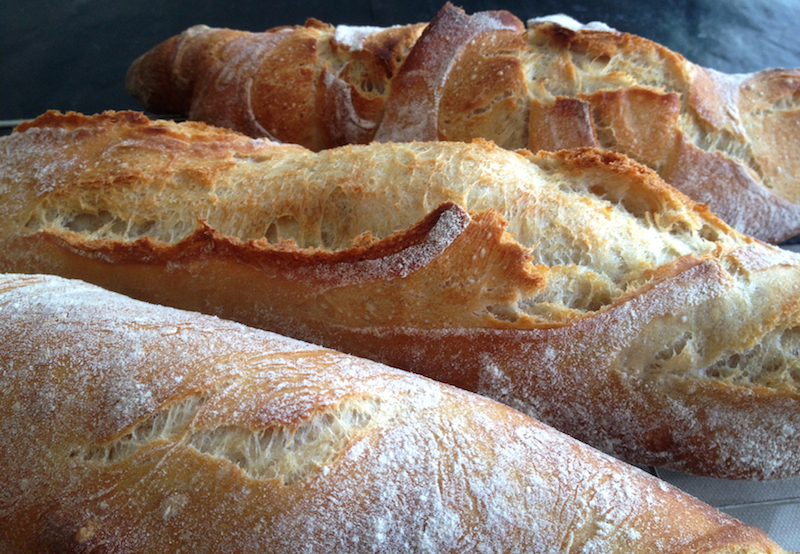 This is a really interesting post.. I wouldn't have thought that dough could survive a seven day bulk ferment! But what does it taste like that is so different from your other well made baguettes? Define exceptional.. hungry fans want to know..

..at least I find it so; there are so many subtle back notes that combine to make tasty bread. However, I these loaves are much more flavourful than an ordinary baguette. And my customers agree. It's not just me. If a poolish-based baguette made without old dough can become mouthwateringly tangy that's exceptional. Why not try it yourself?