After a two month break

After a two month break 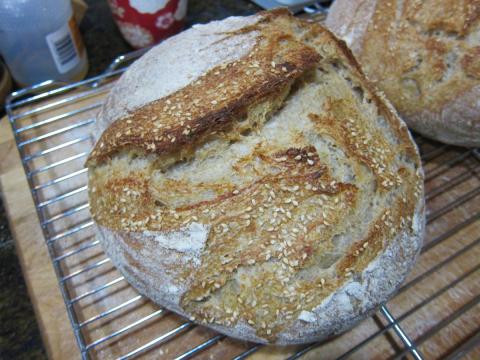 After a two month break, I finally am baking again.

This summer was hectic. I've been working a ton, plus there was a two week road trip around BC and western Alberta, including a few days exploring Banff and Jasper.  Truly a stunning area.  One highlight of being in that region was getting a chance to meet Skibum and try his pulla, which was fantastic.

Right before summer began and before things got super crazy, I got ahold of a Brød & Taylor folding proofer

.  During the summer our place is pretty warm, but as the nights are getting longer and colder, the days shorter, cooler, and wetter, I've been expecting it would come in useful.

So I finally got around to reviving my starter last weekend. I fed it Saturday night and tried baking with it Sunday.  It was a cool day and things were progressing extremely slowly, so I decided to give the proofer a go. 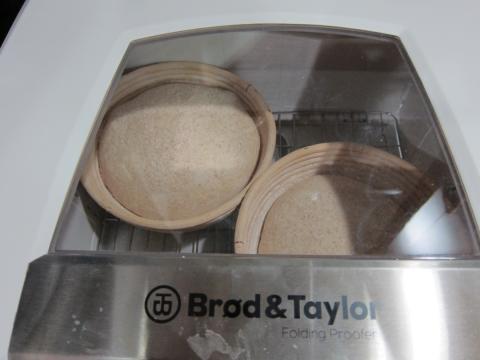 I was very pleased with the results.  My loaves which were taking forever to rise at our ambient room temperature around 18C (65F) perked up considerably at 82F.  My starter wasn't dead, just a bit groggy after such a long slumber.  The final loaves came out very well. 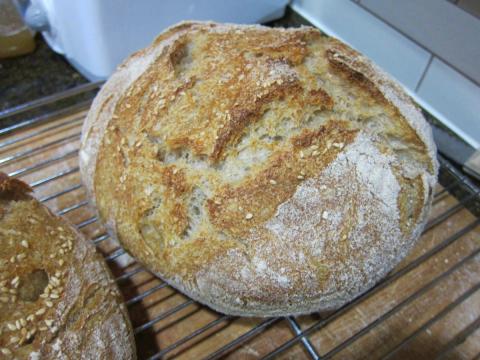 I also made a batch of yogurt in the Brød & Taylor, which I'd never tried before.  It too was a success. 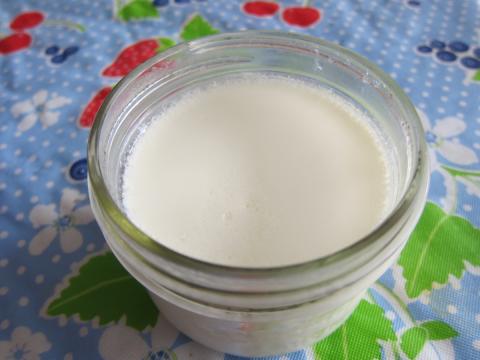 It's a neat new toy that I'm looking forward to playing with this winter.

ALSO, I don't know if you get it in the US, but in Canada and France today this is the Google Doodle:

It is celebrating the 22nd anniversary of the Décret Pain, which defined a traditional French baguette.

To bread baking. I've enjoyed the photos of your travels on FB, but it's back to work and school time, eh?

You are going to love your proofer! It's not just that it will speed up fermentation on chilly days, but you can play with the impact of fermentation and proofing temperatures on sourdough bread flavor.

Yes, I'm looking forward to trying a few different things and comparing the results.  I've enjoyed playing with temperature, but I've never done so in a systematic fashion.

I bet it felt good to have your hands on dough after being away. Your bread looks terrific, as does the yogurt. Surprisingly simple to make, homemade yogurt was my kids' favorite when they were young. I liked it, too, because I knew exactly what went into it (which wasn't sugar)! We still can't enjoy many of the commercial brands due to the over sweetness.

Enjoy being back home!

Yes, baking again was nice.  Thanks for the compliments. :)

I am seriously tempted in investing in a Brød & Taylor this winter. My kitchen gets pretty cool in the winter and it takes forever for bread to rise.

It's pretty cool. For proofing in a cool, drafty house I've always used either the oven with just the light on or a freshly emptied dishwasher that is still warm. Either can certainly make a difference, but the Brød & Taylor makes it a snap and gives you a level of control I've never had before. I'm looking forward to seeing if I can notice a difference in the flavour profile of something proofed at 76F vs. something proofed at 86F.  I should, but I've never explored it.

Your bread looks no worse for the hiatus. Amazing how hard it is to kill off a SD starter through neglect

I'm afraid i will have make due with a heating pad instead of a proofer after a mill and a dehydrator the wife might want something for her side of the kitchen :-)

Looks like you are off to a good start after the break. Good to have you posting (and baking) again.