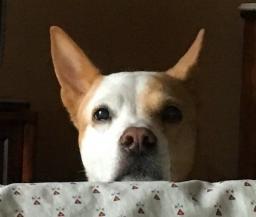 TFL Community Bakes are the result of CB founder Dan.  Of his own creation and nurturing, to interest and help others, and in turn be helped, as we all strive to improve our baking skills and widen our baking horizons.  Kudos to him for this lasting gift to us all.

Below are tips & ideas that you may find useful.

For those in the US, the History of King Arthur Flour Company is very interesting and historic.

Although not listed as a tip, the links below may prove interesting for some.

A compilation of my bakes during a Community Bake

I am trying to use a Table of Contents for my BLOG. Links to blogged bakes will be posted to this page. I plan to post a link to this page on all BLOG bakes, experiments, tips, Community Bakes, etc..

Presented for your enjoyment, the Toast song, by Heywood Banks: 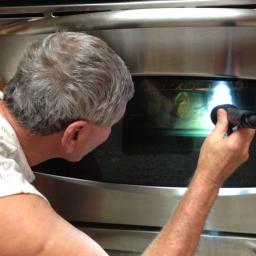 As a untrained baker concerning all things pH, I thought it good to provide this post for others that may be interested in learning along with me. The more I learn the more it becomes evident that pH and pH meter handling and maintenance is no simple thing. Although not rocket science a certain degree of knowledge is very beneficial. It is hoped that those with technical knowledge will join in and offer their expertise.

The following information may be intimating to some. I find myself in that category.
But it is, what it is... 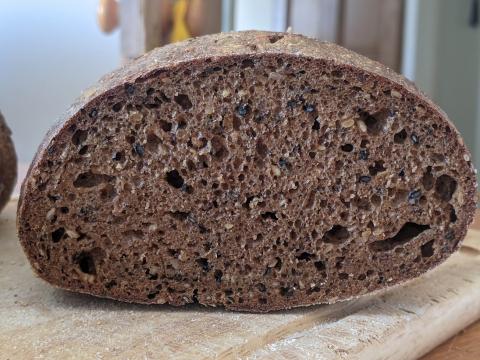 Here is my formula using a mix of whole and light rye flour instead of medium, due to availability: https://fgbc.dk/1i8m

Used a different mix of seeds this time (no pumpkin seeds, very little sunflower seeds, added black sesame and poppy seeds instead). Also didn't top the loafs with seeds on the outside - last time they didn't stick very well and cutting every slice produced a big mess on the table.

The pre-dough never seemed to "fall" like it should when it's ready, even though I gave it 6 hours instead of recommended 4-5 hours. I couldn't really wait longer if I didn't want to bake at 1 am. It increased in size a lot and was very spongy though, so I went ahead and there weren't any issues later.

Tried baking first ten minutes at 260C with the convection on - and it did make a nice crust and loaves didn't burst on top, but when the fan is running the oven has a serious hot spot on one side in the back, and it darkened one of the loaves too much there, and I think reduced the oven spring on that end of the bread (see far end of the left loaf). And the other bread burst on the side a little bit, must be from my handling of the loaves when transferring onto the peel. Need a better system to prove them, since the brotforms are not ideal for this type of dough (or I should try lining them with towels perhaps) and I was using a rectangular pyrex dish with a couche, and getting the dough out was a bit tricky. 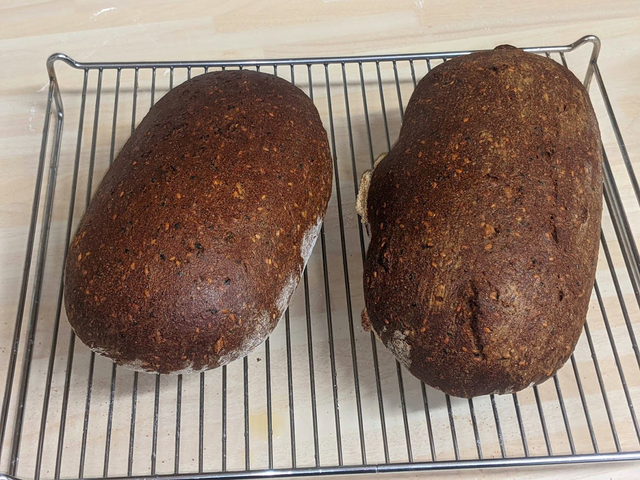 Taste is great! I think I prefer the original seed mix (having large pumpkin seeds is nice in particular both visually and texturally), but nothing wrong with this one either. The bread is very flavourful anyway (and would be even without the seeds I guess!).

I run a kitchen in Montreal and we make our own hamburger buns.  Every once in a while we get these little bubbles all over the buns and I haven’t been able to find an answer as to what could be causing this.

FYI we are working with about 60% humidity.  It seems to happen at random, but especially happens when we experiment with an overnight bulk fermentation in the fridge.

When a starter or levain begins fermentation is the yeast or the LAB first to start fermentation? 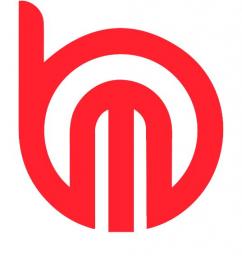 Hello to all forum .

From today and from next all wednesday , i'll publish all recipes of italian bread , made from my baker :)

I hope they will help you.

Here is the first : https://starpizza.org/en/category/blog-en/bread-recipes/

I'm posting to ask for a couple of types of baked goods you'd recommend which find a compromise between being manageable in a limited time frame while also making people smile.

I'm scheduled for a baking trial in two weeks, which will involve a vegan item and a gluten free one, which are areas where I don't have loads of practice. So I'd appreciate hearing anything you've really loved and trusted baking from those categories especially!

about three years ago I started my sourdough baking journey. Looking forward to being part of this community.