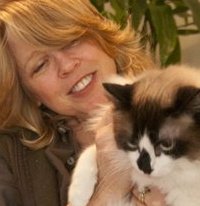 I was looking at Ciril Hirtz' excellent video on shaping baguettes and stumbled across this "Expert Village" video showing the "cut and pull" technique for shaping a baguette.  It is so bad it's funny.  There are several other videos by this same fellow taking one through the entire process.  In one he explains that steam is used "because the moisture from the water kind of vaporizes and soaks up inside the bread giving it that nice pillowy softness inside."

Hello, I am a new member and I love this site! So much great information. I ran across these videos of Tim Hayward of the London Guardian and wanted to share the links. 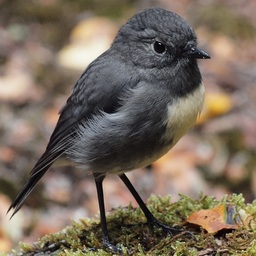 Dorie Greenspan has posted a video clip which I think will appeal to TFLers:

It was too slow on my computer but I found by clicking "share" the video would pause and the next bit would slowly download, so alternating between 'share' and 'play' when it stuttered, I was able to watch it at normal speed.

Here's a video of the inside workings of a Roman bakery that I think many here will enjoy.  Just click on "New! Video" on the left-hand side of the page. 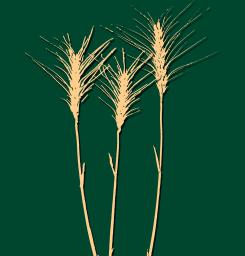 Hey there everyone.  Well I'm emerging out of hibernation to tell you about my latest project.  Last spring I started working on a couple of instructional baking DVDs but I never finished them before the busy season hit.  Then when I got back to work on them this fall, I decided to re-shoot the whole thing and spend some more time on them.

Well, I just got finished.

This is my first post on the fresh loaf. I have been baking artisan style breads for a while now in my little Rofco hearth oven. I have made a little Youtube movie;

Hi there, I had this video on Youtube for a while already but I though I'd share it here.

Video was made in a bakery south of France where I used to work last year. I doesn't really help for home bakers to see this because I got all the tools and machinery (especially pastry break) But I know some are interested to see how we manage to make lots of those in average size bakery.

This bakery has average of 150 croissants 150 pain au chocolat per day which is a bit more than average typical french bakery.

I went to a really interesting bread-making course about 10 days ago, and have simply not had time to write it up yet. One thing I did want to share though, was a film we were shown. It is called Les blés d'or, and was made by ADDOCS, a French film-making organization.

The film is about peasant bakers (and the word peasant is used as a badge of pride, with no pejorative undertones) who have rescued several old varieties of wheat and who bake in the traditional manner. The commentary is all in French (although the DVD for sale has other languages, including Italian but not English (yet)). I found it fascinating, especially the sequence that shows the mixing of the dough.

The recipe is very simple: 33 kg of flour, 22 litres (i.e. 22 kg) of water and half a bucket (maybe 5 litres?) of starter. And the entire mass is mixed by hand. It is absolutely glorious to watch, and if you've never seen a baker stretch and fold 55 kg -- more than his own body weight, I'm sure -- of dough, you have a real treat in store.

You can watch the video streaming in reasonable quality from the ADDOCS site. It is the second film down in the list on the right. I hope you enjoy it.

In view of an earlier post I was thrilled to see a loaf made from Touzelle what flash up on screen, albeit very briefly.

This is a five minute snapshot from last Saturday at our bakery.  We were fortunate to have Paul and his wife visiting at the time, so you'll catch a glimpse of Paul (PMcCool) doing his thing.  Enjoy.

If you'd like to read a detailed account of Paul's internship, check out his blog entry here.

PS Thanks a bunch Paul for all of your help.