Some failure, some success

I had tried again baking these two weeks (I'm a weekend baker). My first goal is to bake a very good baguette like what I saw in the bread books and in France.

Last week, I used Carl's starter and the no-knead bread recipe, but tried the baguette shaping. The later didn't go well as you can see below.

The recipe is similar to this one in breadtopia but use longer fermentation in the fridge (37 hrs), followed by 11-hr fermentation at room temperature.

Just mixed. At that time, I measured the flour by volume, since my digital scale had not arrived yet. When compared with the one below, I think this was wetter. 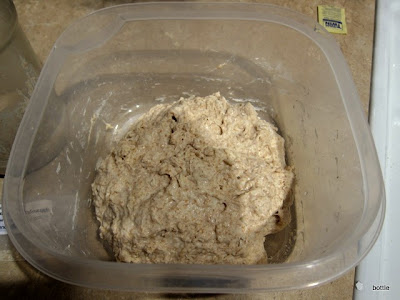 After the first rise, did the stretch & fold (very difficult because the dough tended to stick onto the chopping mat) and 2nd proof (1.5hr). Following Ciril Hitz's demonstration, I managed to have three long sticks.

Initially I proof them on the floured towel. But they were still very sticky and hard to handle, I then decided to rest them on the roaster pan . 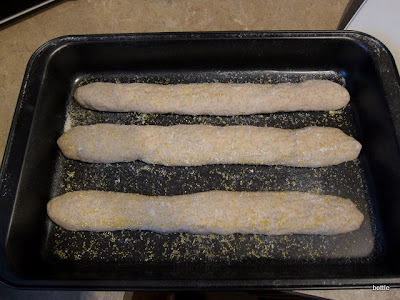 Baked at 475F (didn't know the exact temperature in the oven then). I tried to create the steam by SylviaH's method. But most of the steam came out from the ventilation hole on the top of the oven. 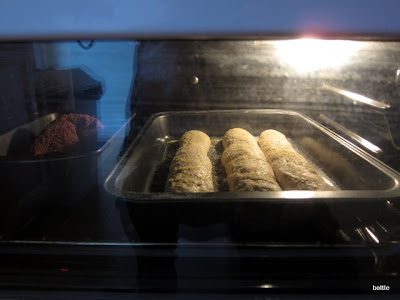 When I took this photo, I realized that I forgot to score the dough! Not much oven rising either.

The sourdough sticks. The bottom(not evenly brown; the one in the center was darker) 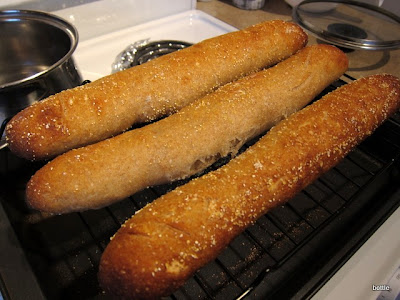 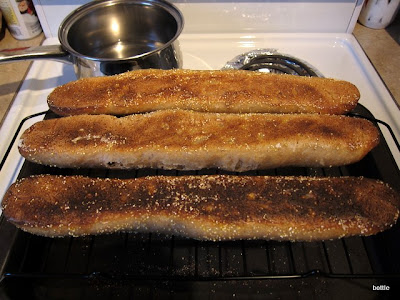 As expected, the crumbs didn't have big holes. 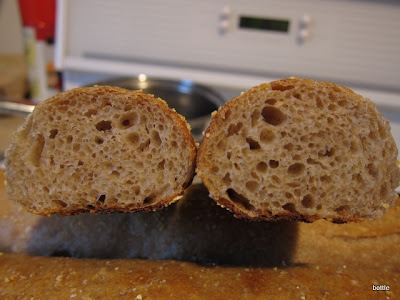 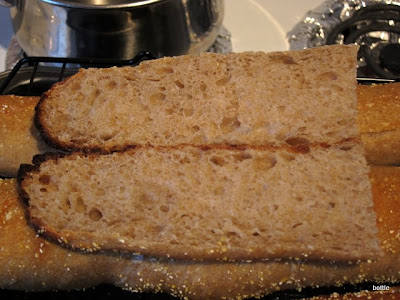 The taste was very sour, a little over what I would like. I'm not sure whether that's normal since this was my first time to have sourdough bread. These were dryer on the 2nd day.

This week I decided to try Lahey's no-knead Stirato recipe. I thought I would have better chance to succeed with his method.

Besides, my order of some baking tools finally arrived, including the digital scale and oven thermometer. This time I used weight rather volum for measuring flour.

Just mixed (Lahey's recipe is 75% hydration). And fermented in the fridge for 11 hr and then at room temperature for 12 hr. 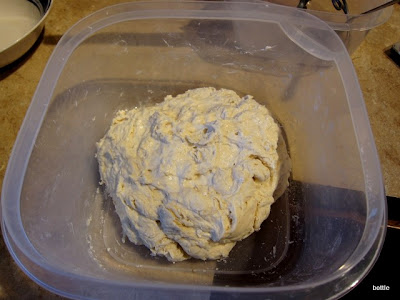 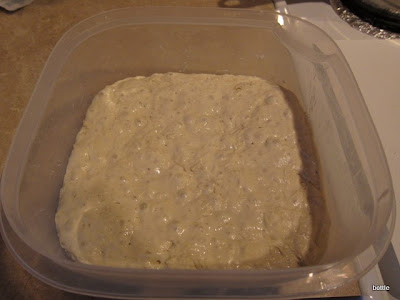 Again, it's very sticky (Question 1). I finally managed to create a rod and divided it into two. 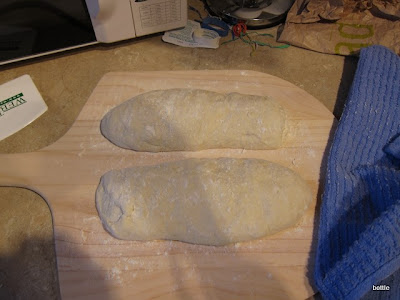 After resting for 40min (Question 2), then stretched them about 13-14in long and put them in the preheated roaster pan (at 475F). I sprayed a little water on top and inside the Al pan (as cover). By the time when I closed the oven door, the temperature already dropped below 400F. :-( Well, I still need to practice more. 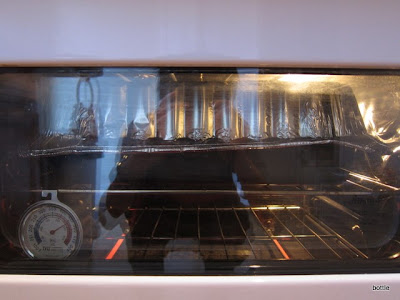 I knew it's a success when I took them out. 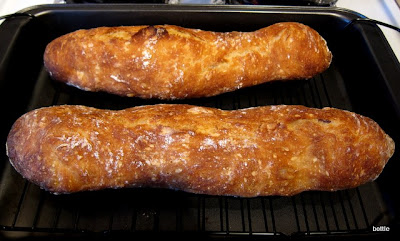 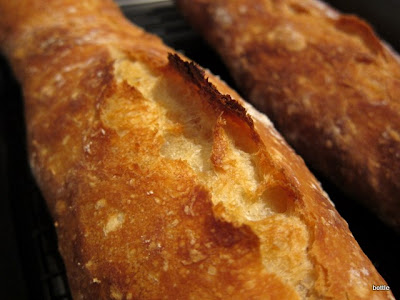 The bottom was very dark (Question 3). 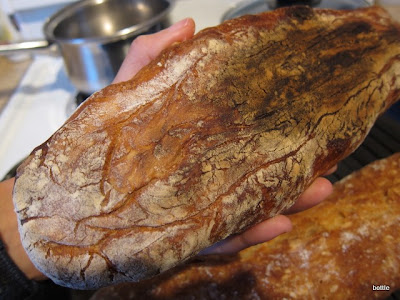 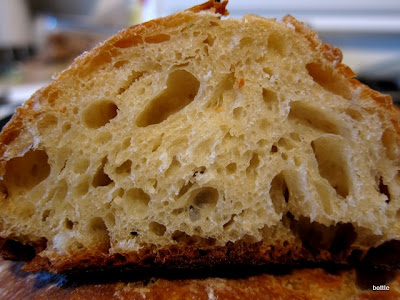 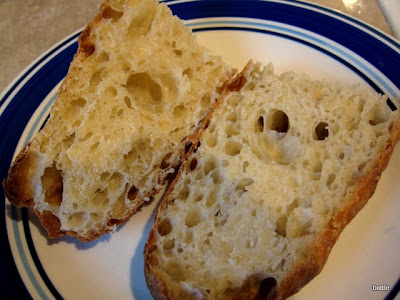 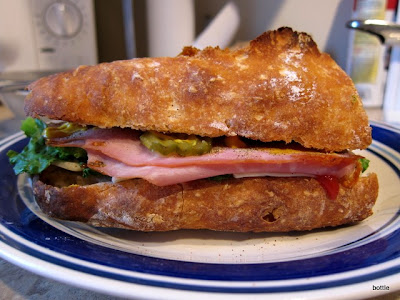 Lahey's "cover" method is easy to succeed even for a newbie. No matter what kind of tools you use for the cover, it works. I wish I can find a way to create enough steam in my oven. Before that, his method is the best I can get.

Question 1: How do you handle a very wet dough? Maybe I didn't put enough flour on the surface? Is it not a good idea to use chopping mat even sprayed with flour?

Question 3: The bottom of the bread came out very dark and thick. How can I make it not so dark?