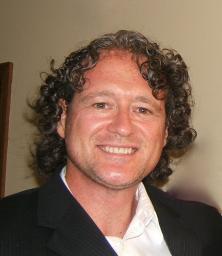 I have been baking (mostly whole grain) breads for many many years, but need to add some variety to the repertoire.  My sourdough is almost perfect, and I can adjust timing I'm going to buy one of Peter Reinhard's excellent looking books.

I'm tempted to buy the Brea Baker's Apprentice, but Reinhart's "whole Grain Breads" is also tempting me.  Which is better for an experienced enthusiastic baker looking for a deeper understanding and more inspiration?

Is there much replication of content?  Is it worth having both?

What I really like about Peter Reinhart's books is that he understands the urge to experiment. The following is his Basic Sourdough from the Bread Baker's apprentice, with a couple of minor adjustments. I got the idea from a loaf produced by a Twin Cities grocery store (Byerly's). I've had difficulty making this size of loaf (10.5" banneton) without burning the bottom crust, but moving the stone up a notchseems to have solved this.

The crust was tender yet chewy with a nice crunch, the crumb dense, but looser than my previous experience with the Reinhart recipe. The flavor was rich, almost creamy, but the milk does seem to subdue the sourness. Perhaps an extra 24 hours in the fridge would help this.

I've tried this loaf using only water, as well as substituting whole milk or half & half for the goat milk. Nothing works better than goat. Why, I couldn't say.

I milled a couple of pounds of soft wheat into pastry flour today to bake these scones.  This is my first try at these using home-milled flour.  I think they came out quite nice.  (My apologies for the poor pictures.  My wife is the pro photographer, but she's asleep!) 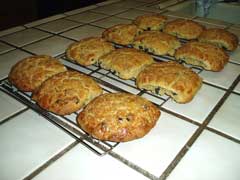 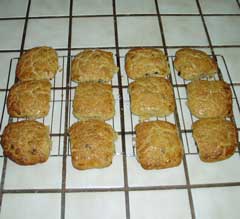 Since there's not a Philosophy of bread section, I guess this shoudl go here.

http://www.ted.com/talks/peter_reinhart_on_bread.html is a talk Peter Reinhart made a TED.  If you're not familiar with TED, you should be.  Go look and be amazed.

A bread I will never bake again. (100% sprouted grains)

100 % sprouted grains? 'Sounds great and interesting', I said to myself and printed the Recipe of Reinhart's Whole Grain Breads a couple weeks ago. This weekend I gave it a try.

I sprouted my grains as indicated. They all had cute little white tails and were pleasant to chew. I would have better kept them as a addition to my breakfast cereals instead of trying to make them into a bread.

"grind the grains into a pulp as fine as possible. If the grains warm up to much, let them rest for ten minutes and continue when cooled. A meat grinder works even better" - That's what Reinhart wrote. I should have been an english native to know what exactly a food processor is. I tried everything, and everything failed.

the mixer which normally fixes everything, the legendary bamix . . . 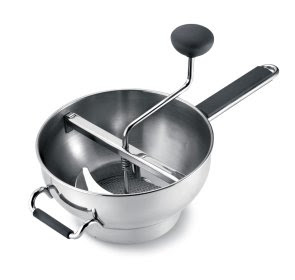 and last but not least, in desperation, I tried it with a passevite.

I fought about an hour, ended up with my bamix. All the other things blocked because of this doughy/grainy mass. My bamix just got very hot, so I decided to call it for good, even though there were still some whole grains. I added yeast, honey, salt, water and Vital Wheat Gluten, then fermentation, shaping, proofing, baking, cooling, slicing.

The result of this struggle? My bamix is somewhat weird. The exchangeable blades are very hard to remove and to put on again. (I hope my mom won't find out.) I washed kitchen equipment for about an hour. And I've got a bread which is jar-muscle-excercise. It is light, but the grains . . . Flavorwise, it's just bread. seriously, I had much better whole grain breads. I don't notice an exciting difference trough the sprouting and because of the considerable amount of yeast added, no other interesting flavors emerged. Even my family noticed a "lack" in flavor compared to other breads I bake.

You wan't to see pictures?I know the bread looks decent, but before you try it: Think about what gear you've got. 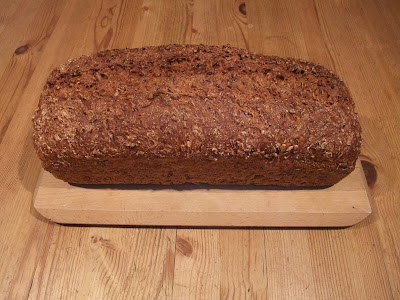 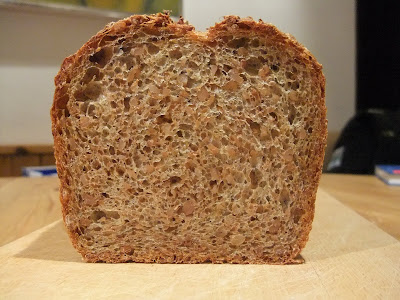 I made the Reinhart 100% Whole Wheat Sandwich bread (the first one in the book, I'm pretty sure) and it came out flat like a Ciabatta.  I tried to make a Batard, per the instructions, and it just didn't come out.  The dough lacked the strength to hold its shape for very long so it flattened out while proofing.

I used a Kitchenaid dough hook to do the mixing.  I am thinking that the dough needed to be stretched and folded somewhere in the process, maybe, to build up strength in the dough.  Anyone had any experience with this and know where I might be going wrong?

I was given some great new Italian Sausage bu a new local vendor, so a great excuse to make Peter Reinhart's Casatiello fron the BBA book. Really a nice change. It was wonderful.

Here is some crumb detail

I just posted about making the first bread of the BBA Challenge, Reinhart's Anadama.

Check out photos and a recipe at Flour Girl.

And feel free to join in on the challenge!

While I said I was tired of rye, I still haven't done a true pumpernickel. My husband loves dark, bitter breads. It doesn't seem to get much darker or more bitter than this. I think I'm going to bake a light rye on the side so -I- have something to eat this week, too!

Has anyone used the recipe for this from Reinhart's "Whole Grain Breads" pg 224-227 (Hey, nothing intimidating about 3 pages of instructions, right!?).