Pizza is one the special favorites we make when my daughter brings her sorority sisters home from college for pizza night.  What they don't expect is a very thin crust that is sourdough, has whole wheat and garbanzo flour, sun dried tomatoes, fresh rosemary and garlic in it.  They also can't believe that they can make their own from a wide range of toppings, most of which are home made including spicy sauce -  and they can load it up with worrying that the crust will not be able to handle it.

This baby is loaded!!!  Lots of sauce, caramelized onions and mushrooms, roasted red green and spicy peppers, home made Italian sausage, pepperoni, Pecorino, Parm and Mozz cheeses, olives and a few other things hardly worth mentioning - except the fresh opal basil on top after the pie came out of the 500 degree oven.  The key is to pre bake the pie crust on a stone for 3 minutes before taking it out, quickly brushing on a thin coat of garlic oil before letting folks load up what ever they want  on top - before chucking the fatso back into the oven for 4 minutes or so to finish browning it off. 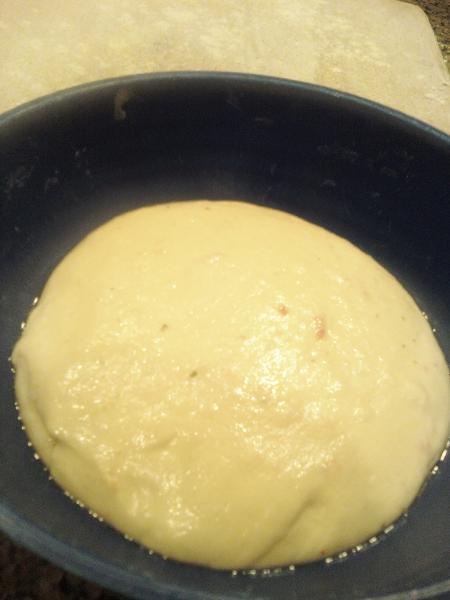 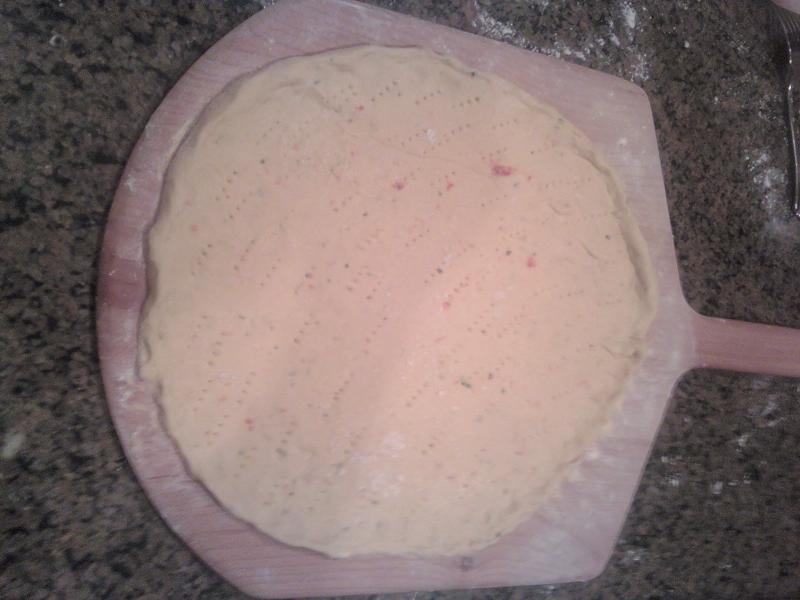 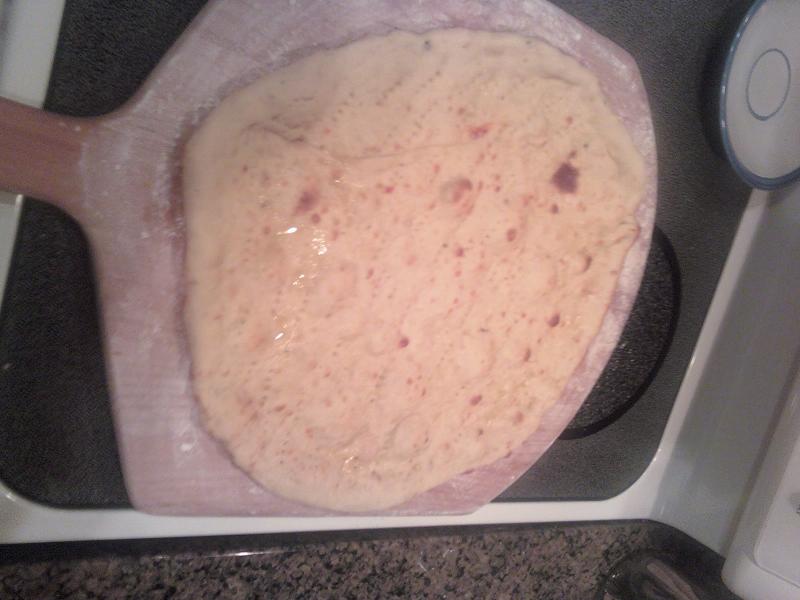 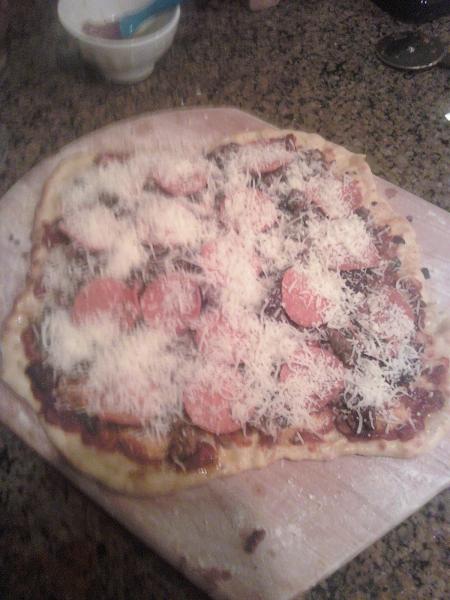 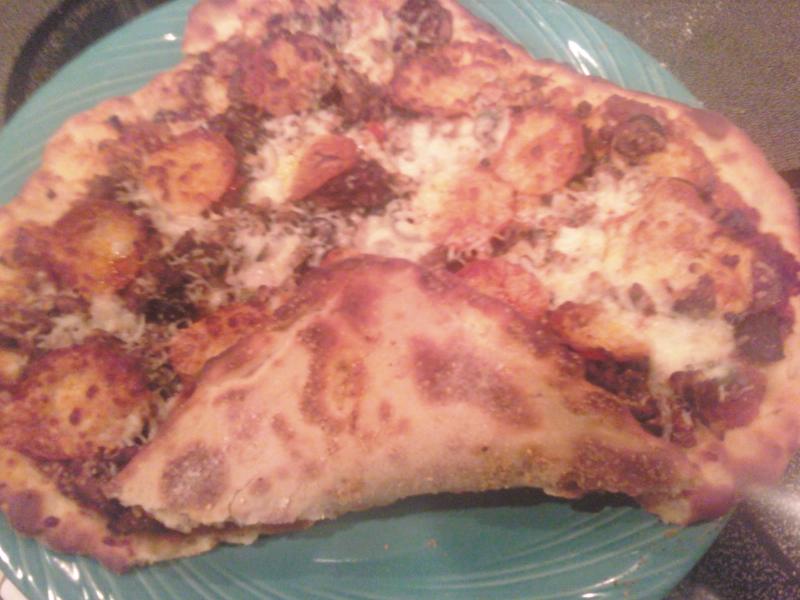 I'm nuts for starters lately...I got 3 going!   Today we made a covered pizza with my first starter I started, I have 2 more on the ready!   I'm NUTS for the starters.  Tomorrow I'm making Chad Robertson's French Country Bread,  levain is rising as we type, but for now if you have time, please check out the wife's blog, she posted nice pics of the covered pizza!!!  you gotta try one

Here's my wood fired oven I built last spring. I love using it, and have a blog on cooking and baking.

I make lots of my own bread, and have a favoured overnight sponge bread recipe I use.

Have a look at my build and see how cheap and easy it can be to have your own wood fired oven.

hi all... a quick question. 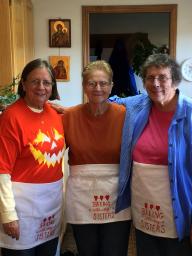 Made this lovely pizza on brioche dough... yummy! 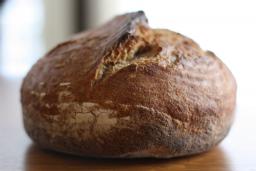 I've done a search on perforated pizza pans, and since I can't seem to find the dates of the postings, I'm not sure how long ago this topic has been discussed.

In any event, is there any advice on perforated pizza pans for fresh dough?  Instawares has a large variety, but I don't know what would work best.

I've read enough to understand that perforated pans with large holes work well with frozen dough. I've also seen complaints about not being to use cornmeal to avoid stickiness.

On Christmas eve I made 3 pounds of  dough for two large batard loaves intending to bake Christmas morning after overnight refrigerator proofing.  In the morning I went to preheat and the electric ignitor that starts my gas oven was broke and it didn't come on!  I wasn't sure if I could freeze the dough at this point.  I was targeting 72% hydration rather than a more typical 75% for a Tartine bake as I would be baking on a stone rather than in a dutch oven and looking to keep dough from spreading too much.  Plus the KAF patent flour I use seems to have a high moisture content with 72% coming working well in past recipes using this flour.

Plan B: pizza dough:  Given the 72% hydration is a level I have used for pizza dough and successfully kept in the refrigerator from 3 to 5 days, I thought this would be a good plan B.   Hoping for the best, I divided the dough into four pieces and place individually in lightly oiled containers.  For pizza dough, 3-5 days of refrigerated fermentation works well for optimal flavor and rising power, but have not ever gone longer.

I ordered the new ignitor part and 5 days later my oven was up and running.   The $15 part ($22 with expedited shipping)  and an easy 15 minute fix was worth the wait compared to the repairman's $200 quote.  And by the way, three different web sites had the same part for for $75 so it pays to shop around...

So last night I made my 7 day old dough pizza.  You could see lots of holes in the dough while looking at it thru the plastic container.  I left the dough out for 90 minutes before starting.  This is a wet dough so I gently stretched to about 8'' size, let rest for 10 minutes and stretched to the final 14" size.  I made sure there was enough flour on the bottom to not stick, while preserving a rather moist dough otherwise.  I used semolina on the peel.  I used my thick soapstone stone which takes 90 minutes to preheat (to 600 degrees as outlined in a prior post).  The pie cooked in 3 1/2 minutes.  The tray above is where I let it rest after removing from the stone.

Surprise number one was how nice and fluffy the baked pizza was.  I thought the long fermentation may have broken down some of the rising ability/cell structure of the dough.  Surprise number two was very flavorful, but not sour or even tart (although I like sourdough more on the full flavor side).  Likely due to the starter being only 6.4% of the recipe compared to 20% or more in a sourdough bread recipe and a 39° refrigerator temperature.  But the flavor was excellent, slightly complex and the high hydration did allow the dough to become slightly gelatanized inside similar to some of the Tartine breads.  It was one of the best pizzas I have ever made.

So a very happy outcome all around and finding that a week in the refrigerator worked out surprisingly well.  And the holiday spiral ham?  Well while the oven didn't work, the broiler did as it uses a different element/burner at the top of the oven.  Wrapped the ham/pan in heavy foil, placed on low shelf, and removed foil after one hour.  Applied glazed and put under broiler for another 10 minutes.  The broiler flame carmelized the ham nicely and Christmas dinner was not only salvaged but came out very well.  Now I need to remake my original recipe and bake those batards!

Happy New Year to all... 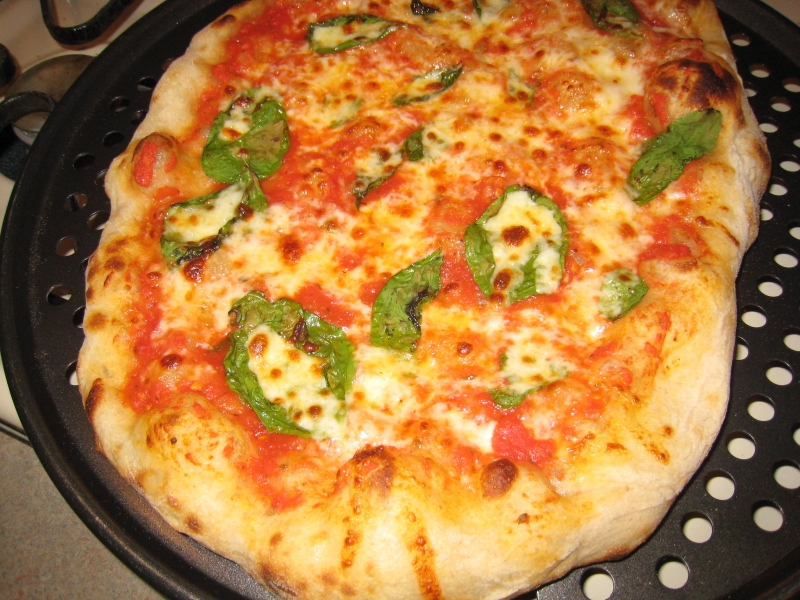 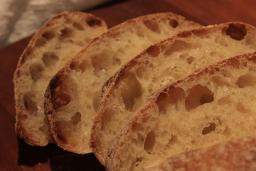 I'm revisiting my Pulled Pork Sourdough Pizza. I toned down the heat a bit -- I still used habenero bbq sauce when I pre-heated the pork, but use a sweeter sauce on the actual dough. And instead of serranos, I used jalapenos for the pico. It still had a kick to it, but didn't leave my wife in tears... Coffee with Jeff and Zoë

As the title suggests, Artisan Pizza and Flatbread in Five Minutes a Day is similar to their previous books in that it centers around a high-hydration no-knead master recipe that takes only a few minutes to assemble.  Many variations of this dough are introduced, as are the appropriate sauces to accompany everything from your classic Margarita pizza to a Brussel Sprout, Pancetta, and Pecorina pizza.  Pitas, Chapati, and Turkish flatbreads are covered as well, as are gluten-free and whole wheat pizza doughs.

Jeff and Zoë told me there are now just shy of half a million of their books in circulation and that they personally respond to around twenty emails a day from folks asking questions about their recipes.  While artisan and wood oven pizzerias have become a staple in places like Portland and San Francisco and the East Coast has a deep tradition of serious pizza, it is their impression that there are still many places where pizza as something that doesn't come out of a cardboard box is still catching on.  Particularly in these tough economic times with more folks eating at home, it is their hope that through this book they can make good pizza both affordable and accessible to as many people as possible.